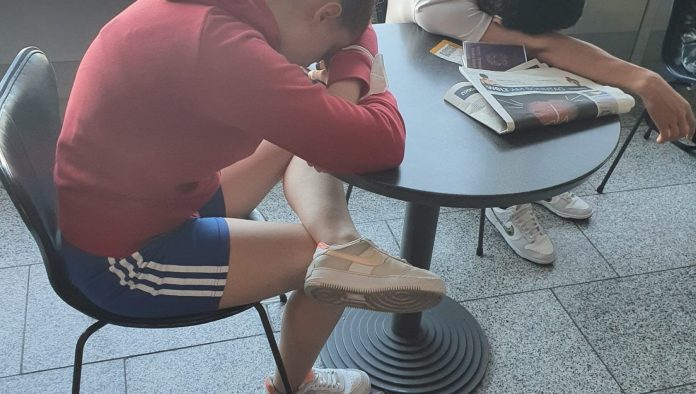 “My daughter is stationed at the airport in Frankfurt with other colleagues, as well as three teachers. There are 42 of them. They should have stayed only two hours, instead they are 27 ». Anger grows among parents of the Alvaro school in Turin, the students were flying to Edinburgh for a study holiday, with a stopover in Frankfurt when the flight was cancelled. Thus began an odyssey lasting 72 hours, waiting for Lakshya to leave.

The boys arrived this afternoon with the last terrifying surprise: the bags didn’t arrive.

“In Turin they are on Friday evening (July 1, Ed), this led to a loss of connection, but it seemed to be resolved and instead they continued to announce flights and canceled them at the last minute – says Rossella Colaprico, the mother of one of the girls. The teachers tried everything to resolve the situation. They tried their best to reassure us as parents and manage the situation in the best possible way so that our kids don’t have to worry.”

And he continues: “On Friday at 11 pm they told us that our kids would no longer go, they kept us up to date but we didn’t know where they would go. At midnight they reached the hotel, I asked my daughter To understand themselves well, at 5 o’clock they had to go back to the airport. But yesterday, again at 9 o’clock on Saturday, the flight stopped. They explained to us that they were waiting, without knowing much about them. With the boys having little cash, we gave mostly pounds, however, they told us they gave us a voucher to have lunch, I think Lufthansa ».

Another solution after lunch: Break the group into two parts. The first part, about twenty boys with a teacher, will depart tomorrow at 14 o’clock, and the second group, with two teachers and other boys, will depart tomorrow at 21 o’clock. “At 2 pm, however, the first flight was canceled and they talked about the same flight last night, but it jumped near departure. Finally today at 11 am they boarded, we have no news But we hope it is the right time. We parents certainly intend to ask Lufthansa for compensation, it is not possible to keep so many children with different needs for hours like this ».

Emanuela Guarino, councilor for education in Grugliasco and re-elected, who teaches at the school, also wrote about it on social media this morning. “After 72 hours at the airport, we can leave for Edinburgh. Frankfurt has kidnapped us. Our 39 boys have been brave so far. Silent, polite, respectful of time and with great patience. Now the nerves are giving way and fatigue is bothering everyone. We hope to reach our destination by today.

But the inconveniences caused by canceled flights in Europe are “affecting” many people. Patrizia had to return with yesterday’s flight from Turin to Copenhagen for work, but was cancelled: “We had a flight from Copenhagen to Milan via Frankfurt, canceled it yesterday at 15.30 with an email Was given, while flight 19, was on 15. They told us that they would give us an option that never came, ”he says. Yesterday, however, with no information, they arrived at the airport, «Lufthansa has no office or ground staff in Copenhagen, we have not been given any support, option or accommodation. This is written to contact the telephone service and since yesterday we have been trying to do so, we have at least Twenty calls made to Italy and ten others to Lufthansa Germany and Denmark. We have no news as of today. Luckily we have the opportunity to find accommodation otherwise we would have fallen asleep on the street «» Last time you contacted customer services So you were asked to “leave a review.” “Decision is void.”

Disruptions were also recorded for other companies. Due to a Ryanair and EasyJet crew strike in Spain, 15 flights to and from the country were canceled yesterday, delaying another 175 flights. Also huge inconvenience for passengers on Malta Turin and Turin Malta flights, whose flights were canceled by Ryanair yesterday.