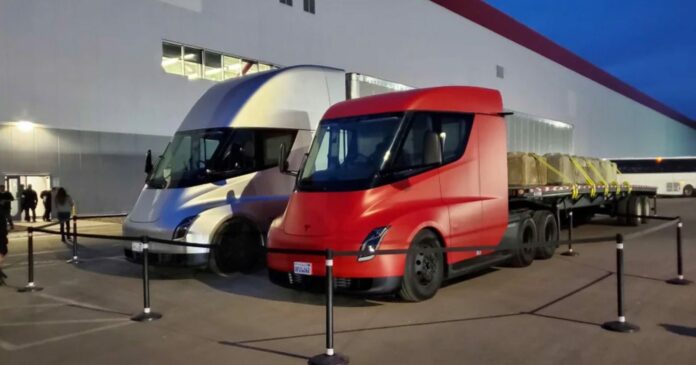 Bill Gates has thrown a little cold water on recent comments from Elon Musk about the Tesla Semi project and the possibility of a commercial electric aircraft.

In recent years, Gates has focused on trying the world’s biggest problems and using his luck to fix them.

COVID-19 is attracting more attention because of its early warnings to the world not to prepare for an epidemic before the crisis.

It is now using its platform to issue similar warnings about climate change:

Earlier this month, I wrote about how COVID-19 is a cautionary tale for climate change. There is no doubt that we have experienced terrible suffering and financial hardship in the last few months. But as hard as it is to imagine right now that we are still living in the midst of an epidemic, climate change is likely to be even more devastating.

In New blog post, He stressed the need to electrify transport to take into account climate change.

However, he made some controversial comments about Segments going electric.

Gates does not believe that passenger vehicles are going to be electrified and they are already at a degree:

“Plus, increased competition in the market means more choices are available for consumers than ever before, from compact sedans to sleek sports cars. Thanks to legacy companies like GM and Ford and new carmarks like Rivian and Bollinger, you will soon be able to buy all-electric pick-up trucks. “

No big deal, but where Gates’ comments are more controversial is that he claims that electric semi-trucks like the Tesla Semi and electric jets “probably never will”:

“The problem is that the batteries are big and heavy. The more weight you are trying to move, the more battery you have to power the vehicle. But the more battery you use, the more weight you add – and the more power you need. Despite the great success of battery technology, electric vehicles may never be a viable option for things like 18-wheelers, cargo ships, and passenger jets. Electricity works when you need to cover short distances, but for heavy, long distance vehicles we need a separate solution. “

It has many electric half-truck programs like the Tesla Semi and the Freightliner Ikesadia, albeit fairly far away.

Speaking of electric airplanes, Tesla CEO Elon Musk is predicting that once the batteries reach an energy density of Wh00 W / kg, many battery manufacturers are currently working.

Instead, Gates suggests bifuel as a potential alternative to batteries for those parts of the transport.

I wouldn’t tend to be smarter than Bill Gates, but I want him to revisit these comments, as I don’t think he’s looking at it properly.

First of all, it’s not about the batteries being “big and heavy”.

If you look at the problem through that lens, you believe that we have achieved efficiency limits for all those types of vehicles (trucks, cargo ships and planes).

Electrification of passenger cars has redoubled manufacturers’ efforts to improve efficiency by using fewer batteries in their vehicles, leaving them plenty of room for improvement.

As we begin to electrify trucks and planes, there is likely to be an improvement in new functionality because “necessity is the mother of invention.”

We don’t need that yet.

But if you want to focus on batteries, I find it kind of crazy that he doesn’t believe they’ll improve enough to enable electric trucks and planes.

Especially when you consider that he is a big investor in QuantumScape, which claims that his technol will enable the Whig 500W / kg battery:

That would be more than enough to enable long-range electric 18-wheelers and commercial jets.

What am I missing? Let me know what you think in the comments section below.