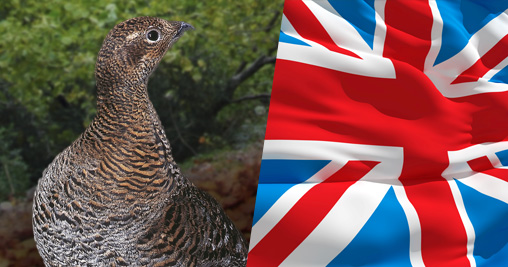 in the last 150 years United Kingdom presence of black grouse It has decreased both in terms of number and area. The latest national survey in 2005 estimated 5,078 males, 3,344 in Scotland, 1,521 in the north of England and 213 in North Wales. In 1996, after the conservation concern’s first bird census, the black grouse was classified as one of 36 endangered species. Almost 25 years later, following the recent assessment of Birds of Conservation Concern 5, it is still on the Red List. This is due to a historic decline in population, with a decrease of 22% between national surveys in 1995/6 and 2005 and a decrease of 36% between 1995/6 and 2019.

To measure numerical trends over time in northern England, the number of males is counted and measured at 5–20 specific counting sites using dogs indicating annual breeding success.
Since 2015, there has been an unprecedented series of six poor breeding years over seven years, with annual productivity ranging from 0.2 to 0.8 per female, thus as low as 1.3 chicks per female. a constant number. During this period, the expected hatching in June occurred in the four warmest Junes of the past 30 years. Such a humid or cold climate in June is associated with poor chick survival due to low temperatures and the rare presence of insects. 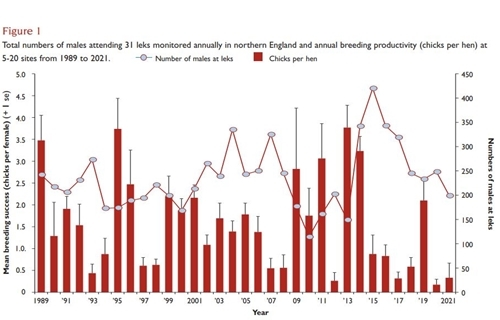 All this, in the spring of 2015, resulted in a 53% drop in the number of males participating in breeding areas. Given last year’s further low productivity (0.3 chicks per female), a further decline in birds is expected this spring. Despite this, the overall 33-year trend remains stable, indicating that the population in northern England is large enough to withstand these bad years. However, if the trend persists – writes Phil Warren gamewise magazine – Areas frequented by this wonderful grouse are prone to further degradation and depletion.


A reason to have fun and meet and share, along with commenting on the news, can serve to better expand the news, but there should be respect and responsibility for others not to run away. Unfortunately, we have noticed that comparisons between frequent users on our portal, with daily comments on the extent of indecency, force us to reflect and take a stand. We are no longer willing to tolerate disrespect and manipulation of this portal with bogus comments to destabilize constructive and civil dialogue. We remind you that we allow this space for the sole purpose of commenting on published news, (still for free time but we will take appropriate measures soon). So from now on we will remove any comment that doesn’t respect the proposed topic or contains offense or abusive or obscene words.
Here are additional rules:
1 Comment only on the topic proposed in the news.
2 Avoid insults, offense and hate speech, even if directed at other commenters of the news.
3 Don’t use capital letters or use it sparingly (equivalent to shouting)
4 Respect the opinions of others, even if they differ from yours.

5 Always sign with the same identifying surname and do not use author space inappropriately (for example, signing sentences with laughs, punctuation, etc., or writing the surname of others)
Thank you to those who will follow our rules.