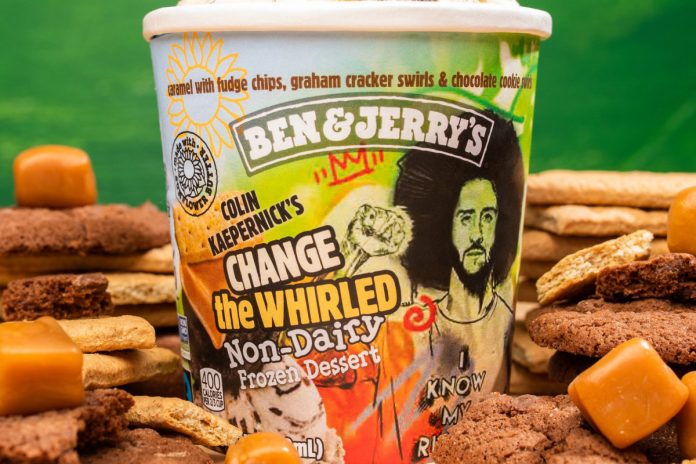 Colin Capernick is not returning to the NFL, but he is still gaining support, and the next amount is being used for a good cause.

Blackbald and longtime vegan quarterback, a play on their fight against police brutality and racial injustice, is teaming up with Ben and Jerry’s ice cream for a new flavor of “Change the World”.

It’s the dairy-dairy flavor that will come out in early 2021 and its face will be on it.

Copernicus announced the collaboration and said they would donate all the money they set up to your rights camp. Ben and Jerry will match his donation.

“That’s very much our approach. The idea is that we can help the general population audience reinforce these ideas into the general idea and more mainstream,” said Chris Miller, Ben and Jerry’s head of global activism strategy. USA Today Sports stated. “Police forces and policing are probably not the best way to deal with issues such as mental health crises and substance abuse, and it is not a radical idea to suggest that people have a different vision of safety.

“We sit in a unique place where, I think, we’re able to do some of the work that speaks to this mainstream audience.”

Copernicus started the trend of kneeling NFL players during the national anthem in 2016 in the form of peaceful protests. He is out of the league after sharing the road with 49 people before the 2017 season.

In 2017. NBC Sports reports that teams are questioning Copernicus’ commitment to the sport. Because of his vegan diet.