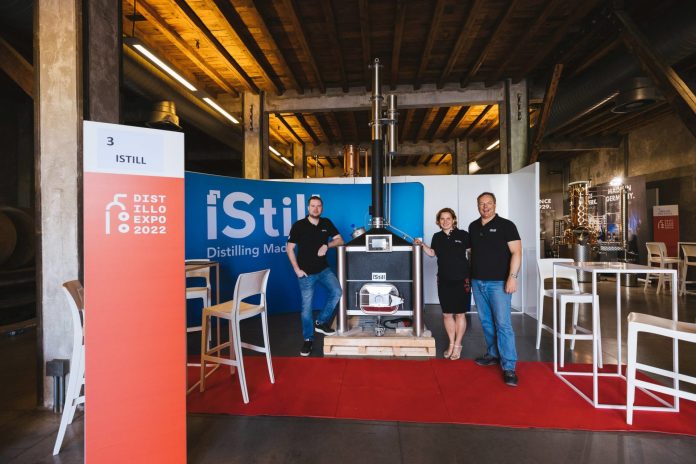 Two days of meetings, masterclasses and insights that opened an exciting new chapter for the craft distillery sector, that of artisanal micro-distillation. There “Distillo” Fair Dedicated to the sector’s equipment closed its doors yesterday at the Officin del Volo in Milan with a record balance: 800 admissions in two days, with enthusiasts and professionals from all sectors of Italy, but also from other European countries. Twelve sold out masterclasses set up by Craft Distilling with the intervention of sector distillers and technicians: “The real surprise – explain the organizers, Claudio Riva and David Terziotti There was also so much interest in more technical sessions, which in some cases were attended by more than 120 people”.

The objective of the event, aimed both at distillery chain insiders and those who – in ever-increasing numbers – intends to approach the world of copper and stills, was to bring craftsmanship closer to newer techniques. And the trend clearly emerging from “distillo” speaks to a movement that is still in its infancy in Italy, but is set to explode, mimicking the boom in craft beer a few years ago: “two Judging by the feedback received over the course of days about the fair among those who have announced their desire to open a distillery – explain Terziotti and Riva – we can confirm that at least 25% of participants are willing to start a project. If they haven’t even started taking the first steps in this direction”.

“After decades of closure – explain Claudio Riva and David Terziotti – setting an ambitious goal – we estimate that by 2030 there could be about 200 new furnaces open in Italy”. Given that an initial investment of 60 to 200 thousand euros is required to open an artisanal micro-distillery, a driving force in “Distillo” for growth capable of generating inspired activities of about 100 million euros in the coming years is possible to identify. We sowed the seeds in autumn 2020 with a national conference on the topic, and Distillo clearly represents the first sprout of the growing movement. The area has long been stagnant, having worked on its grandparents’ dishes without adding pancakes. The proliferation of distilleries born in the Italian Alpine valleys – they add – has been transferred to medium-large companies, to the detriment of small producers. Now the system is finally pushing to bring back the art of distillation as a public heritage.”

Born as a fair of Italian breath, with the participation of nine still producers, “Distillo” has already become the reference program of the entire Mediterranean region for the world of artisan distillery. From training to raw materials, production techniques to packaging, exhibitors at “Distillo” meet entrepreneurs who are interested in opening or developing their own distilleries. The conferences and seminars that took place over two days – some of which were established with the guide ‘Spirito Autoctono’, with whom the partnership is already looking into next year – offered the opportunity to meet with leading Italian and international experts. A true laboratory of experimentation and contamination, a meeting place and new opportunities to reflect on the world of artisan spirits and to launch the great interest that is already going on globally in Italy.

“Distillo” is to organize craft distilling, the company of gurus Claudio Riva and David Terziotti, and it is no coincidence that the fair makes its debut in our country at such a delicate historical period. If craft distillation actually began in the United States, where there are more than 2,000 active distilleries, it is expanding rapidly in Europe as well: England has overtaken Scotland in the number of distilleries, with an opening rate of about a week. given, and has exceeded 250 units in abundance in France. Even in Italy the first structures have already been produced and there is a lot of excitement with high growth rates and projections of at least 20 new furnaces in 2022.

See also  Prince Charles, how much are you paying for electricity? stellar figure