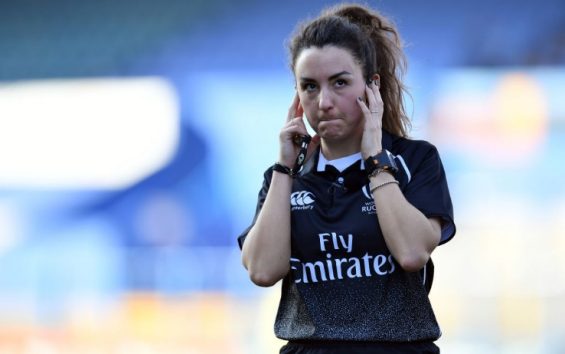 Discovery of the international referee who directed the women’s Six Nations final match in Glasgow between Scotland and France and who was called to direct the next Saturday’s Italian Cup final between Petrarca Padova and Fiamme Oro.

Clara Munarini will be the first female referee to direct the finals at various Italian men’s championships. It is the match that will see Petrarca Padova and Fiamme Oro protesting the decree on Saturday 16 “her” in Parma, at the Sergio Lanfranchi Stadium – the week after the fourth day of the women’s Six Nations, with a match between Italy and Scotland The winning team of the Italian Cup 2022.

High standards are nothing new for the 32-year-old, who made his Serie A debut on 17 April 2016 in a match between Reggio Emilia and Vicenza and then directed the Excellence Trophy on 20 January 2018 with a match between San Donno and Mogliano . , A steady rise from there that saw her debut in the Top 10 in April last year, with the challenge between Viadana and Colorno, beaten only at the time at the women’s level by Irishman Joy Neville, who was appointed to direct the challenge of the highest competition in 2017. was invited to. National team for clubs.

A graduate in economics from the University of Bologna and working in a logistics company, she started refereeing in 2012. Already passionate about rugby, he followed his father all the games and, according to him, harassed a referee friend so much that he forced her to persuade him to try his career. Refereeing and rugby are now in her DNA, to the point of being engaged to Manuel Botino, a Rome colleague.

In 2013, Clara made her debut in women’s Serie A and just two years later refereeed her first final of the same tournament, of which she also directed the last decisive challenge played in 2019, with Vilorba winning over Valsugana and won his first championship.

On 27 February 2016 she reached the Seven European Championships with her international debut as well as a challenge between Spain and Germany, in which she has now become a fixed point of reference. In September, he was called to whistle in the deciding challenge for world qualification between Ireland and Scotland, also in Parma, a match then won by the Highlanders, which thus led to the next World Championship event in autumn in New Zealand. had gained access to. Thanks to the Dubai play-offs, the event returned twelve years after the last appearance, against Colombia. In November, she led the beauty of four women’s Test matches, including an appearance at the famous Twickenham Temple between Berber and South Africa, while the other challenges were Wales-Japan, Wales-South Africa and Ireland-Japan.

And then the Six Nations. In the feminine, Clara is now a staple. In 2019 he directed Wales-England, in 2020 Scotland-England, in 2021 Scotland-Wales and last week he directed Scotland-France in Glasgow, for Scotland-France, a match won by Transalpine 8-28 Was. Another rising star among the whistles in his company also served as an assistant in the female oval ball: Maria Giovanna Pacifico. Furthermore, this year’s most classic Encores were served directing the same challenge, but in the Under 20 tournament, last February 25 at Dam Health in Edinburgh. Now another great milestone that brings down another hurdle and projects more of it amongst our local referees with an important role.

See also  The Uzan family will sue groups like Motorola and Vodafone for $68,000 million