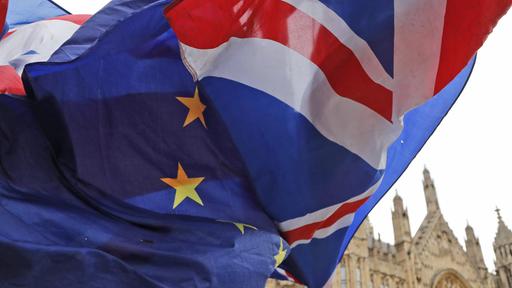 To promote a free trade agreement with the United States, Great Britain is raising EU special tariffs on American products. Because the agreement with America is important for the independence of the British.

So that Great Britain can negotiate a free trade agreement with the USA, London has removed the special tariffs imposed on American products by the European Union. The move suggests that the United Kingdom is serious about reaching an agreement with the United States, the British government said. “We want to end this conflict and come to a negotiated resolution so that we can deepen our trade relations with the US and draw a line,” International Trade Minister Liz Truss said. The repeal is to come into force from January 1, 2021.

Be independent from the European Union

For the UK, a free trade agreement with the US would be extremely important in view of Brexit. Otherwise, the World Trade Organization (WTO) rules apply to bilateral trade, some of which provide for higher tariffs. According to Truss as an independent trading nation, Great Britain again has the ability to shape tariffs according to its own economic interests and thus benefit the British economy. The conversation is still going on.

The UK’s goal is clear: after leaving the European Union, they want to become more independent from the European Union. “The huge size of the European Union suggests that medium-sized trading power, like Great Britain, will have the upper hand in future negotiations,” said Bernberg Bank chief economist Holger Schmidding.

For the UK economy, the European Union is by far the most important trading partner. According to the Ifo Institute calculation, Great Britain exported 50 percent of its imports and 47 percent of its exports to EU countries last year. In September, Truss said that future trade relations would focus more on regions and countries that would grow faster.

The Department of Commerce said that the government in London has the authority to reimpose special tariffs if there is no progress in negotiations with the US. In addition, the tariffs imposed by the European Union on steel and aluminum imports specifically in response to US tariffs remained unchanged.

European Union special charges in the Boeing case affect US exports of food and beverages such as tomato ketchup, nuts, rum and vodka, but also video game consoles, tractors, shovel loaders and airplanes.

The European Union had raised a special fee approved by the World Trade Organization for illegal subsidies for American aircraft manufacturer Boeing. The United States had previously levied a special fee for European aircraft manufacturer Airbus, which included Scottish whiskey, because of unauthorized subsidies. Whiskey exports to the United States fell by 30 percent.

“we are working on it”

Negotiations on the trade agreement are still ongoing with the European Union. For now, it seems that the talks have come to a standstill. “There is still a chance of agreement, we are continuing to work on it,” said Chancellor Angela Merkel at the Bundestag. However, if the terms of the British side are not acceptable, the EU is also ready to go “on a path without an agreement to withdraw”.

WTO rules will then also apply in relations with the European Union. “It would be like a setback for the British economy,” says Dirk Stefan, head of the capital markets strategy department at Deutsche Bank. According to the expert, the blow will probably only last a relatively short period. Export-oriented companies in Great Britain would benefit from the expected devaluation of the pound sterling.