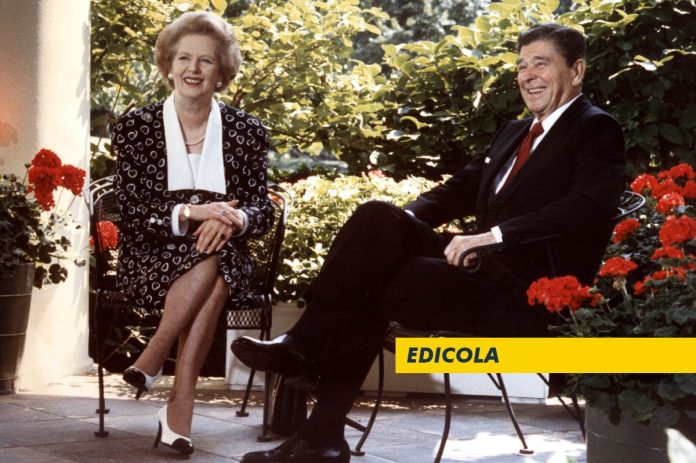 with “Operation Britannia» usually means plan Public disinvestment and privatization, because of which the Italian economic heritage was decimated during the nineties of the last century. However, we must not make the mistake of considering the meeting on the yacht of the English royal family, including exponents of world finance and leading figures of the Italian political and industrial world, as an episode in itself. Britannia was One Piece, one of several episodes designed to spread”liberal religion,

This article was published on national record June 2022

Italy, with its banking system and most of the large companies in public hands, was an unbearable anomaly in the period in which liberalism was being imposed throughout the Western world. to better understand not only how the meeting of Britannia took place, but also Maastricht Treatysigned in the same year (1992), and Progressive destruction of nation states In favor of a globalism in which only large multinationals have become the truly relevant institutions, we should take a few steps back and study the origins of liberal ideology.

In the 18th century, Britain was the most capitalist nation in Europe and perhaps in the world. So it’s not surprising that thinkers here prefer David Hume And Adam Smith He laid the foundation of modern liberalism, It must be said that the discussion at that time focused on various topics, and focused on achieving the common good. The pursuit of proper self-interest should have benefited all, one’s gain should not be another’s loss. Adam Smith’s message, later widely misunderstood, was that of a capitalist society bringing about an increase in common wealth, a new social order based on cooperation.

From the nineteenth century, this romantic vision of society envisioned by the Scottish philosopher gives way to industrial capitalism, Money begins to accumulate in the hands of the few with the capital needed to invest in mines and factories, and social differences begin to intensify. Such is the birth and development of labor movements hostile to capitalism, which are inspired by the principles of MarksAnd it is precisely in response to this that the Austrian economist ludwig von misses Publication of the book in 1919 Nation, State and EconomyLaying the foundation of the economic theory called neoliberalism.

Read also: Is the state like a company? Let’s debunk the neoliberal myth

Mises viewed socialism as destructive and praised the guarantee of free movement in prices. perfect competition, The proposed solution is the almost complete absence of state intervention in the economy, minimal regulation of labor and a reduction in the power of trade unions, while taxation andinflation They are the real enemies to fight. The brakes on neoliberal ideology were the Great Depression of 1929 and later…