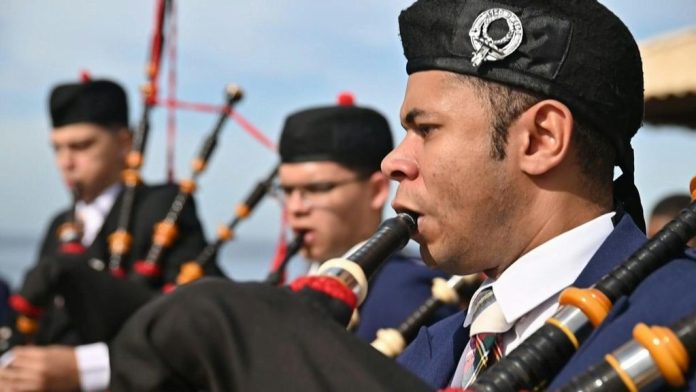 ‘Rich, happy, fair: why not Scotland?’

Rome, June 14 (askanews) — Scottish Prime Minister Nicola Sturgeon has launched a new campaign for Scottish independence. At a press conference, the prime minister unveiled a series of new documents explaining the reasons for the change. The first text is titled: “Wealer, Happier, Better: Why Not Scotland?”

This document – writes Sturgeon – presents a detailed analysis of the UK’s performance across ten European countries through a range of economic and social indicators. It is the first of the “Building a New Scotland” series, which focused on independence.


Since May last year, the Scottish Parliament has had a clear majority of pro-independence MPs who promised to give that option to the Scottish people in a referendum.

The Scottish Government is determined to ensure that the choices people make about independence are informed.


To this end, it is the first in a series of creating a New Scotland document designed to contribute to a comprehensive, frank and constructive debate on the future of Scotland.

Freedom in itself is not a guarantee of the success of any country. For Scotland, the aspiration of a wealthier, more equitable and successful country will depend on the democratic decisions made after independence and the good governance of elected governments.


But the point is this: in an independent Scotland, the power to make important decisions would be with the people living here, not the governments of Westminster that don’t have the support of the Scottish people and follow policies like Brexit, which are in place for Scotland. very harmful to the interests.

In addition to highlighting the Scottish government’s views on the occasion of independence and how greater powers can be used to make Scotland richer, happier and more just (assuming that others have separate and equally valid ideas), this series of documents will answer important questions on the transition to independence and the infrastructure required for the effective governance of a free country.

Of course, on the latter point, it is worth noting that Scotland has already come a long way since 2014. In the years since the last referendum, a great deal of nation-building has been done. For example, in Revenue Scotland, we now have our own tax agency and in Social Security Scotland, we have our Social Security agency. We also have the independent Scottish Financial Commission and the Scottish National Investment Bank. In other words, substantial portions of the institutional infrastructure are now available that an independent country would need and which did not exist in 2014.

A series of documents to be published in the coming months will detail all the major issues people would like to know.

However, any hypothesis of change must necessarily begin with an analysis of the ‘status quo’.

Has Scotland’s status as part of the UK allowed us to reach our full potential and will it do so in the future, especially now that the UK has left the EU?

The analysis presented in this paper compares the economic and social performance of the UK (and thus within Scotland) with a number of comparable countries – highly – that independent countries do better in size of Scotland.

This raises fundamental questions for all who have the highest ambition for Scotland.

Why are independent neighbors the size of Scotland richer, happier and more equitable than Britain?

Why do they, and indeed other North West European countries, regardless of size, often outperform the UK in several key welfare-determining measures?

And, fundamentally, if these countries can be successful, why not an independent Scotland, given the abundance of talent, resources and natural benefits we have?

It appears clear from the evidence contained in this document that the status quo does not allow Scotland to realize our potential and that the UK business model and the Westminster decision-making process are holding us back.

It follows that if the status quo doesn’t work, we must ask ourselves how to solve it.

It is hard to imagine that with the UK being part of the UK outside the EU – and the UK government acting to limit, expand our Parliament’s economic autonomy – Scotland will be able to fill in the gaps in terms of performance outlined here. Will help.

What it is – and the documents that follow – seeks to show that becoming an independent country can help Scotland match performance, creating close and constructive partnerships with the rest of the UK and our fellow Europeans and will do. The UK is our neighbor and the realization of our potential.

This is not an abstract question: it is about prosperity, earnings, opportunities and the well-being of all in Scotland now and for generations to come.

We are a wonderful country in many ways, but a look at many of our European neighbors tells us we can do better. This should excite and inspire us. But first we must equip ourselves with the powers of freedom that they already have.

In this first paper, the Scottish Government presents anecdotal evidence to support an informed and inclusive debate to the people of Scotland. We look forward to hearing others’ thoughts as we work together to make Scotland the best we know.


See also  Aberlour, the exceptional single malt, thanks to the laurel water used for its production