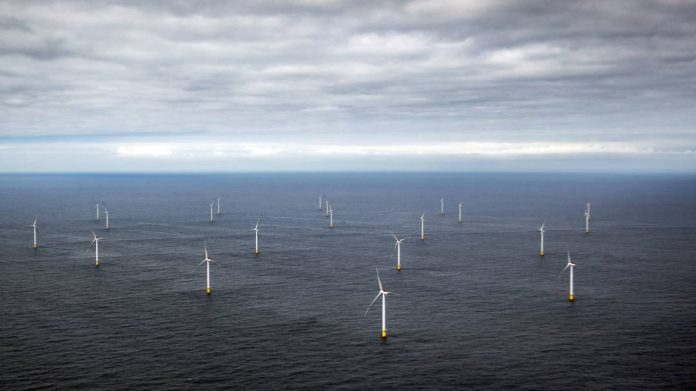 Athens. A new energy era will soon begin in Crete. Progress is in the form of a thick power cable through the sea. The 400-km line will connect Greece’s largest island with Attica on the mainland. This year begins the laying of the “Attica-Crete-Interconnector”. When there is a €995 million connection in 2023, diesel power stations on the island could finally be closed.

The cable to Crete is part of an ambitious plan to connect the Greek islands to the mainland electricity network. Of the 110 inhabited islands, so far only 50 islands off the coast are connected to the mainland by power lines. The project has provision for laying submarine cables with a total length of 5000 kms. Network operator IPTO is investing 4.3 billion euros in the project, which is to be implemented by 2030.

Not only is the supply of electricity to the islands stable, the entire country benefits. The networking of the islands makes it possible to feed green electricity from solar systems and wind farms to the island areas in the national grid. The government mainly relies on floating wind turbines off the coast.

So far, 60 un-networked islands have drawn their electricity from diesel generators that run on heavy fuel oil – one of the most inefficient and environmentally harmful ways of generating electricity. Take Crete, for example: The shutdown of diesel generators would reduce CO₂ emissions on the island by 60 percent. The Cyclades Islands will be connected to the mainland by 2024, the Dodecanese archipelago around Rhodes by 2027, and the islands of the northeastern Aegean such as Lesbos, Limnos, Chios and Samos by 2029.

The closure of diesel power plants will not only reduce CO₂ emissions. The cost savings are also enormous: according to the regulatory authority RAE, the cost of producing one megawatt of electricity on the mainland is about 80 euros. On the island of Antikythira it is 1297 euros, on Agathonisi it is also 2239 euros. According to the calculations of the Ministry of Environment and Energy, connecting Crete to the grid alone would save 400 million euros annually. Cable pays for itself in two and a half years.

This benefits the end user. Until now, they subsidize electricity tariffs on the islands with a fee that is passed on to all electricity bills in Greece. Energy Minister Kostas Skrekas saved 4.5 billion euros for customers in the years 2022 to 2030. In addition to cabling, the government is moving forward building wind and solar systems as well as energy storage on 20 small. island

By 2030, Greece wants to increase the proportion of electricity generated from renewable sources to 67 percent from the current 30. Wind energy is intended to play a major role in the Aegean and Ionian Seas. Prime Minister Kyriakos Mitsotakis has now announced that offshore wind turbines with a capacity of two gigawatts (GW) will be connected to the grid by 2030.

But this is only the beginning. The country’s offshore wind potential is enormous. The Greek Ministry of Energy puts it at around 40 GW. This would be almost double the total installed power plant capacity in the country and ten times the wind turbines installed on the ground today.

The use of this capability is technically complex. Because of the great water depth in the Aegean, most floating wind turbines have to be used there. This technology is still in the beginning of its development. Building a floating wind turbine is technically challenging and expensive. On the other hand, these systems enable the generation of electricity in areas of the ocean with high and even wind speeds.

In a few weeks, the Athens Ministry of Energy intends to present a draft law with a regulatory framework for offshore wind farms. The sea area around the Cyclades Islands, the northern Aegean, the Dodecanese region around Rhodes and the sea between Crete and Carpathos are considered particularly suitable locations.

The first concessions are to be given in 2023. There is a lot of interest in foreign investors. In December, a delegation of Norwegian companies convened in Athens, including representatives from Equinor. The Norwegian state-owned company commissioned the world’s first floating wind farm off the coast of Scotland in 2017.