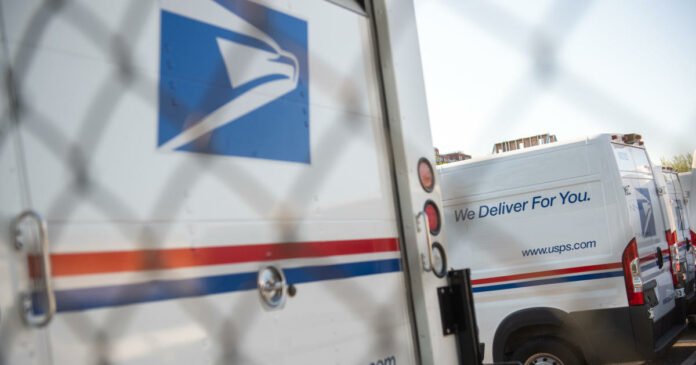 An investigation was under way after a bag of mail was thrown into the parking lot of Glendal Spa by surveillance video. CBS Los Angeles reports. The video, taken outside the 7Q saloon, shows a budget truck being backed up in a parking lot. Moments later, the bag behind the bag was thrown from the back of the truck and to the ground.

Lalia Serobian, co-owner of the salon, found the bag and took a video of her cell phone on Thursday when she found out that it was full of hundreds of unopened envelopes and packages from the US Postal Service.

“It was completely unusual,” Serobian said. “If they are taking it for their personal use, basically, they will have to drop all the unopened packages somewhere.”

Serobian said the incident has made him uncomfortable Recent controversy surrounding the postal service.

“Of course it’s suspicious,” he said. “You start thinking, ‘Well, something is happening,’ because there’s no access to all those boxes and packages.”

Glendale police said before bags of mail were found in the saloon’s parking lot, they were called to several bags of mail thrown in an alley half a mile from the spa. It was not immediately clear whether the same truck was involved in both incidents.

A spokesman for the Postal Service said the agency did not comment on the ongoing investigation, but said CBS LA had been sent to a postal employee to collect mail.