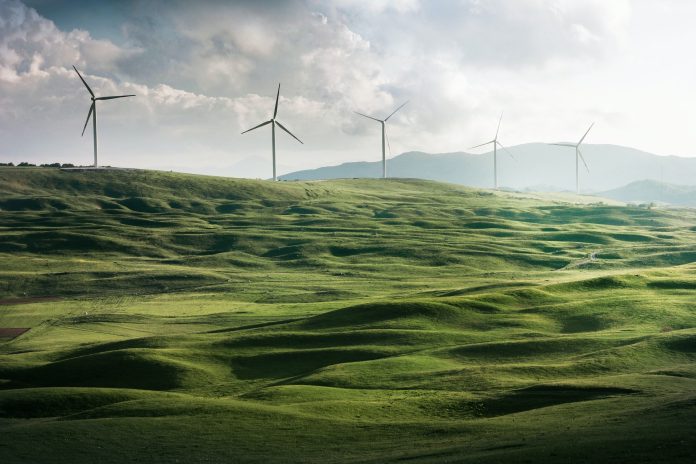 Energy transition is considered a top priority goal. But how to link environmental protection and development promotion? Article by Carlo Stagnaro from the latest issue of Start Magazine’s Quarterly

The Glasgow Climate Summit (31 October – 12 November 2021) concluded with almost three identical documents. They reflect the different structure and purpose of the parallel meetings in the Scottish city: Cop26, Cmp16 and Cma3. It is important to understand these acronyms to better understand the meaning of the words shared by the signatories. The first refers to the twenty-sixth meeting among the 197 members of the United Nations Framework Convention on Climate Change; second only to the 192 adherents of the Kyoto Protocol; Third of 175 signatories to the Paris Agreement. It is, in fact, a cornerstone of the current (geo) politics of climate and we must mention it in order to explain the words and nuances of the summit.

The Paris Agreement commits contractors to reducing greenhouse gas emissions sufficiently to halt the rise in global average temperatures, between now and 2100, “well below” the 2 °C threshold and, if possible So, up to 1.5 degrees within that is considered safe. At the moment, the thermometer already marks 1.2 degrees, so the latter is very difficult to achieve, although not impossible.

The Argument of Kyoto and Change in Paris

Until a few years ago, climate diplomacy was driven by an effort to establish binding targets in terms of reducing emissions: for example, adherents (but only from industrialized countries) to Kyoto (1997) to cut related emissions of 5.2 per cent. related commit) was required. Percentage below 1990 levels within the five-year period 2008-2012. Each state was assigned a national target (the EU was to reach -8 percent), which would then be verified and, if not achieved, would lead to sanctions. This “exogenous” approach to national reduction was short-lived: the United States was immediately kicked out of it. Europe participated in it, making sustainability a hallmark element, but China and other large emerging economies showed a strong refraction (not entirely unreasonable given the low levels of income and per capita emissions). In short, the Kyoto argument soon proved untenable and it was clear that it could not continue.

This led to a crisis in the negotiations, leading to no major announcements, and which, on the contrary, often ended in a ruckus, especially when delegates entered with high expectations (the most sensational case was in 2009 in Copenhagen). They were not lost over the years: through a long and complex underground work, they allowed to completely change the approach.

Thus, in 2015, a real turning point occurred in Paris. In practice, the idea of ​​centralized goal management was abandoned altogether, giving way to a process instead. bottom to top: Member states were to submit voluntary proposals. Whatever goals he offered will become binding. The Paris Secretariat will be responsible for gathering national commitments and simulating their overall impact. Of course, the initial commitments proved completely inadequate. But increasing sensitivity to the environmental issue and internal pressure of public opinion, as well as external pressure from “peers”, prompted and continued to revise their ambitions steadily upward. So, according to the International Energy Agency, if everyone honors the commitments made in Glasgow today, a global warming mitigation goal will be in sight: the expected temperature rise will actually stop at 1.8 degrees.

The final declaration represents a synthesis of these commitments and indicates the way forward. Public debate focused on two expressions that many found disappointing: “promise”.quick effort” for “step-down“The use of coal”incapacitated“More in Electricity Generation”phase out“Inefficient” subsidies for fossil fuels. Those are delicate words. Coal is considered a major culprit of climate change: it is the main cause of global emissions, of which it produces less than half. However, it is the most widely used source in developing countries, and also the cheapest, so its abrupt elimination will have a disproportionate impact on rich and poor countries. The total coal refueling capacity in the world is about two thousand gigawatts: half of these are in China, one-eighth (bottom) in the US, and one-eighth (top) in India. It is therefore understood that low-income countries have struggled to reclaim their right to development. At the same time, subsidies for fossil fuels are also mainly localized in developing countries, where they mostly take the form of “political” prices to guarantee heating or access to fuel for the population. This clearly emphasizes not only a negotiating problem, but a comparatively much greater effort for high-income countries, which – moreover, account for a large part of store emissions into the atmosphere – they have to race not only to decarbonize their respective economies, but also to support the less fortunate nations (technically and financially).

As if the situation wasn’t complicated enough already, the Glasgow conference took place at a very strange time: as leaders discussed how to reduce dependence on fossils, oil and especially gas prices (and, in turn, electricity) Be told, both were reaching record levels. In terms of size and duration. Much of the inflationary wave that worries the world is driven by Thing Energetic. So, the same heads of government who called for a free from fossils at the meeting came out and protested against producing countries because they don’t do enough and approved billionaire maneuvers to give consumers relief from growth. For example, in Italy, in just nine months (from the third quarter of 2021 to the first quarter of 2022) measures to reduce bills have cost more than the entire tax reform approved for the new year, and another billions to be allocated. Is.

This is where good advice collides with bad example. The energy transition is considered an absolute priority objective: all industrialized countries have pledged to reach carbon neutrality (ie zero net emissions) by 2050. The European Union has set an intermediate target of reducing emissions by 55 percent by 2030. But the costs of reaching these targets appear enormous, and the risks particularly affecting low-income households and energy-intensive industrial companies, on which a significant part of European employment and competition depend. Not only that: the pressure of disinvestment from fossil fuels, which has a huge impact on financial markets and is crystallizing in the European classification of sustainable investments, may have contributed to the current stress on commodity prices. A tension, above all, that doesn’t seem to be a flash in the pan, but – at least partially – seems destined to become structural in the medium term. How to combine equally important objectives such as environmental protection and development promotion? And, upstream, is there a hierarchy between them or should one be considered superordinate to the other? Perhaps an essential part of the typical rhetoric of climate diplomacy seeks to make the environment an independent variable, but experience says otherwise. Perhaps this hypocrisy is necessary. But it certainly doesn’t help clarify or find solutions that were never as necessary as today.

See also  What are the results of the World Climate Conference?