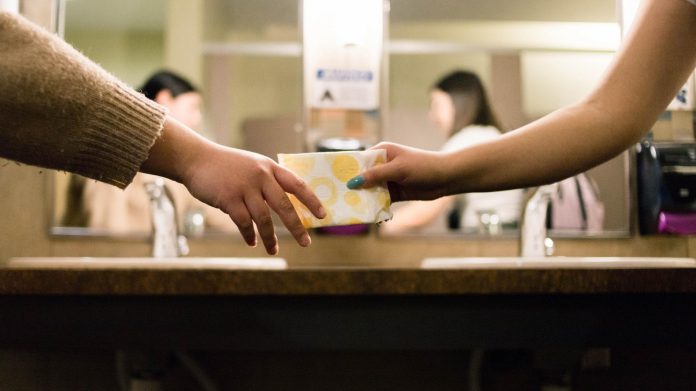 A lengthy legislative process has finally come true. Since 15 August in Scotland, women’s hygiene products have been distributed free of charge in public facilities, including schools and universities. Local officials are responsible for managing the free sanitary pads and tampons provided to “women, girls and menstruating people”.

Women, girls and menstruating people should never face the humiliation of period poverty.

, Proud to be making period dignity a reality for all of us.

labor with this sentence Monica LennonThe enforcer of the law introduced in 2019, approved in November 2020 and now finally coming into force, has announced the end of term poverty in Scotland, It is a situation of economic impossibility that does not allow all people to buy clean products. “I am Proud to make menstrual dignity a reality for allLennon commented on Twitter that “free pads were already widely available in the community before the law went into effect.”

as if to remember that even before a political victory there is Lennon’s law a cultural victory Which has helped to erase the economic stigma surrounding the menstrual cycle. Scotland thus became the first country in the world to adopt a measure that should affect 20% of women, the same – again according to Lennon – who live in poverty.

the rest of the world

The Mayor of London also intervened in the measure Sadiq Khan Calling it “a big step in the right direction for closing” term poverty“. In United Kingdom VAT on sanitary pads was reduced to 5% in January 2021 and free distribution programs are active in schools since 2019. The battle for VAT on such products is still to be fought almost all over the world and very few countries – including Kenya, Australia, India and some US states – where it has been completely abolished.

Menstrual hyperactivity, the fight for a conscious and taboo-free cycle

Several governments are working on reducing or eliminating the tax rate on sanitary napkins, which in many respects are similar to luxury products. These include Germany and Spain, where a package of laws being approved on menstrual leave also included proposals for the free distribution of sanitary pads in schools and a reduction in VAT.

the path to the stop of tampon tax Launched in Italy and closed in October 2021, when thanks to the participation of some parliamentary groups and associations, budget legislation provided that the rate, First introduced in 1973 at 12% and then increased to 22%, was reduced to 10%. This is one of the highest thresholds in Europe (Germany 7%, Luxembourg 3%, France 5.5%, Belgium 6%). target now, Waiting to turn Italy into a new Scotlandhave to bring“VAT at least 4%or as an essential item.

Mestruazioni, the first festival to break taboos in Milan