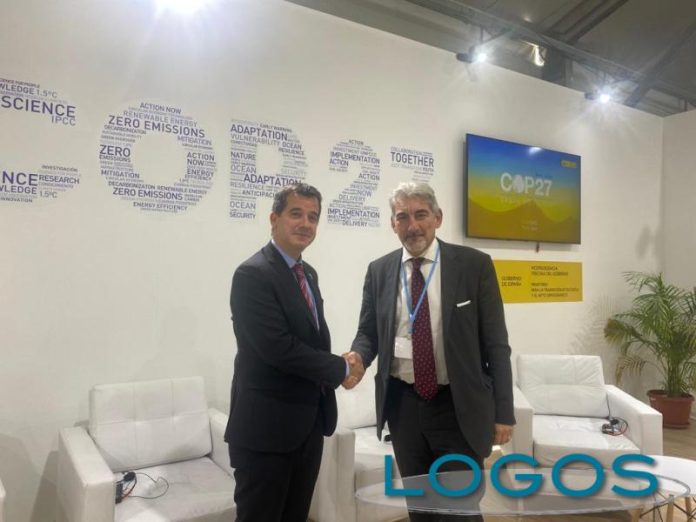 3 public meetings and 8 bilateral meetings. This is the balance sheet of the mission of the delegation of the Lombardy region, led by Rafael Cattaneo, Councilor for Environment and Climate, to the Conference of the Parties to the United Nations Conference on Climate Change (COP27) in Sharm el-Sheikh.

3 public meetings and 8 bilateral meetings. This is the balance sheet of the mission of the delegation of the Lombardy region, led by Rafael Cattaneo, Councilor for Environment and Climate, to the Conference of the Parties to the United Nations Conference on Climate Change (COP27) in Sharm el-Sheikh.

“We were able to verify – explains Cattaneo – how we are cutting environmental policies in Lombardy, in line with the best experiences in the world. The approach and actions are similar to other developed regions with the difference that different regions These meetings have allowed us to share a series of experiences, to strengthen certain ties even within international alliances such as the ‘Region4’ and the ‘Under2 Alliance’, of which we are already part, Which are invaluable for focusing on the future of Lombardy’s policies.”

During the mission, the commissioner participated in three public events.
On Thursday he spoke at a spotlight meeting on the contribution of states and territories to ‘Global Stocktech – Getting it Done’, organized by the Scottish Government as part of the ‘Under2 Coalition’ and ‘Region4’.
On Friday, Cattaneo was a speaker at a symposium organized by the Lombardy Foundation for the Environment and Region 4 in the Italian pavilion, titled ‘Transfer of supranational strategies for adaptation to climate change to the regional and local level’.
Instead Saturday was the turn of an appointment, managed by Region4 and Climate-Kick, dedicated to adaptation and innovation: ‘The Adaptation Innovation Lab’.

“Regions and sub-governments – continues Cattaneo – are central to the implementation of policies to combat climate change, especially the increasingly needed adaptation measures. For this reason we have called for their more direct participation in climate negotiations at the COP. supported”.

“The sectors we have met these days – the Commissioner reiterates – represent 75 million people and are at the forefront of tackling climate change. They are linked to ecological transition, climate mitigation and adaptation, all circular economy, transition to renewable sources implement policies.” , improving air quality and protecting biodiversity. Topics we discussed and shared our best experiences. We return more firmly convinced that the path to competition and growth lies through the choice of sustainability. Lombardi wants to be the protagonist of this new development method”.

We are working to give accurate and timely information to everyone through our Logos newspaper, which has always been free. Free service is possible for advertising investors who rely on our magazine. If you still want to give your valuable contribution, write Administration [at] future communication [dot] com