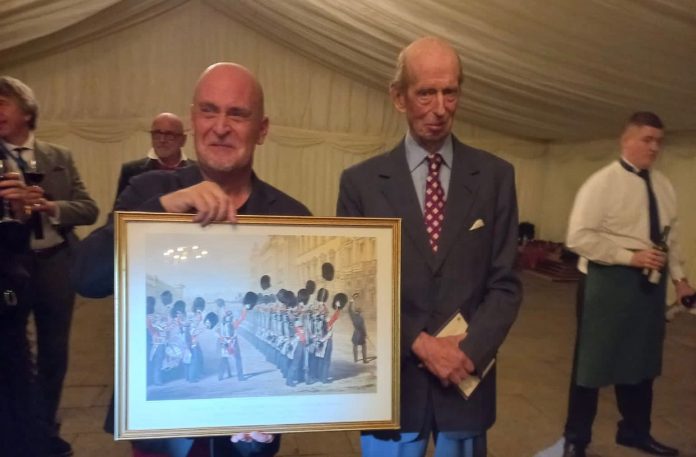 A memorable success: this is, in fact, achieved by the Philharmonic Orchestra of Luca engaged last night (October 6) in concert in London under the direction of Andrea Colombini. An exhibition was staged at the Guards Chapel of Wellington Barracks at Buckingham Palace, resulting in victories under several profiles: large and prestigious audiences, huge tourist-cultural spaces for Lucca and, no less important, exceptional musical performances.

Also sitting in the hall, to testify to the importance of the appointment, were His Royal Highness the Duke of Kent (a cousin of the late Queen Elizabeth II) and his son Edward Windsor. The orchestra, which took the stage with bagpipes and drums from the 1st Battalion Scots Guards and regimental bands of the Scots Guards, proposed a program centered on Italian opera (with the pre-eminence naturally given to Giacomo Puccini), but this Also embellished with a selection of Scottish music.

At the end of the exhibition, with applause and a standing ovation, Andrea Colombini received a personal thanks from the Duke of Kent and the entire Scottish Guard Command for 30 years of cooperation: for this reason she was also given a commemorative painting by the Scots. Watchmen. There is now a commitment to reorganize the event for the next year.

,Thank you – he comments columbini , This also goes to the municipality of Lucca and councilor Remo Santini who were present: together we have done a great promotion of the city. We saw a high-end concert performance by fellow Scottish Guards bands as well as the entire audience. A success that will be seen by a DVD that we will produce by November and then commercialize it, in order to raise funds allocated for the orchestra and projects of the Independent Economic Community.,

See also  Gravity: The accumulation of energy with gravity