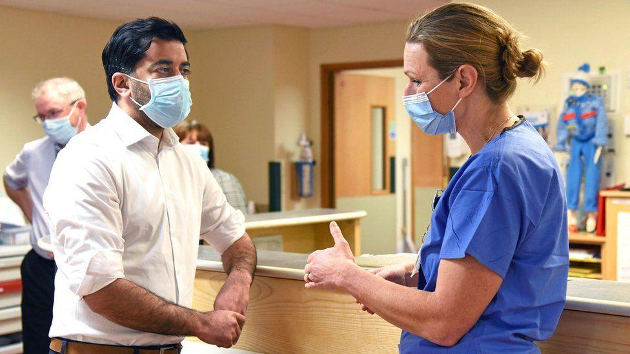 Half of the new national treatment centers should have opened by today to increase the capacity of NHS operations.

By 2026, the center is expected to conduct at least 40,000 more treatments per year, when it operates in 10 locations across Scotland.

However, at least five will not open on time, and many projects are yet to be approved.

Prolonged wait times have been described by the Scottish Government as “a central concern of our NHS recovery strategies”.

In late 2016, the Scottish Government announced plans to expand Clydebank’s Golden Jubilee Hospital and build five more clinical treatment centres, which were to be completed in 2018.

Having missed its initial target, the Scottish government has decided to create ten more NTCs to better meet the needs of the country’s population.

However, NHS councils reported that the dates for the opening of the NTC have been shifted since the NHS clean-up plan was unveiled in August 2021.

In addition, the NTC centers in Larbet and Kirkcaldy, which should have started this year, will open next year.
Records from the NHS Lothian Board of Trustees now indicate that Livingston’s St John’s Hospital, which was due to open in 2025, is more likely to open in early 2027.

According to reports, the cost will go up “significantly”. Discussions are still ongoing between NHS Lothian and the Scottish Government regarding the project, which originally cost £70.9 million.

The delay was due to plans to expand the health center network to include a facility to replace the Princess Alexandra I Pavilion of Edinburgh.