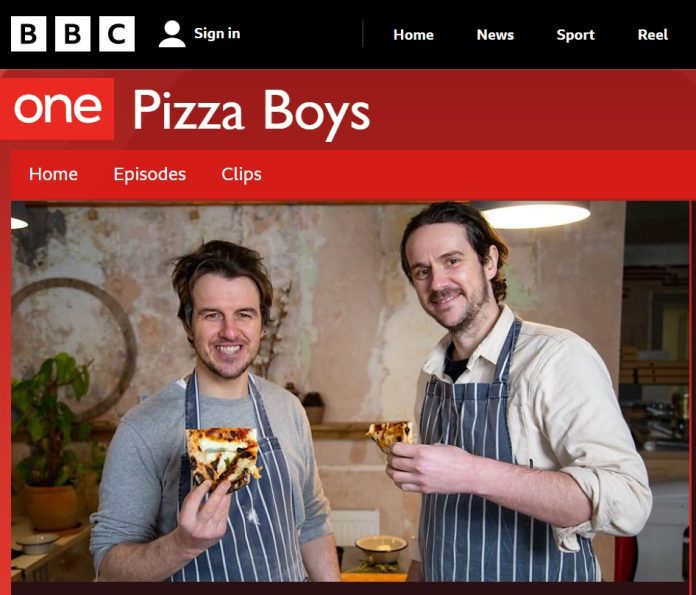 The Ferrara set of an episode of the second season of ‘Bois y Pizza’ (Pizza Boys) for Welsh national channel S4C, produced by Orchard Media and Events based in Cardiff, Wales.

The series, which was also broadcast on the BBC in its first edition, follows two interpreters, Jez and Euan, who are two very famous young restaurateurs in Wales (who are also big fans of rugby) in the countries of the Six Nations rugby tournament. Are ( Ireland, Scotland, England, France, Italy).

From tomorrow to Friday, the troupe will tour the city, touching some of the most important places of the city’s historical heritage and describing the gastronomic specialties. At the end of the filming of the TV series, after revealing to the English and Welsh public the main dishes of the cuisines of the countries, two young communicators will be asked to participate in the World Pizza Championship, which is held in Parma. every year.

Jez and Iuan will also bring their “Smokey Pete’s” pizza truck to town where, at the end of each episode, they will cook a pizza that represents the country they’ve visited and the food they’ve tried.

The working team, cameras in hand, has already declared at the request of the municipality to document the heritage of the walls, the palace, the exterior of the cathedral, the piazza Trento e Trieste, via Mazzini, the monumental aqueduct, the piazza Want to Ariostea, Piazza Municipal, Corso Giovecca and its perspective, Corso Ercole i d’Este, and other places in the Este city center. For the food and wine part, the filming will take place in the historic “Al Brindisi” restaurant on via Adelardi, and in the “Manifattura Alimentare” restaurant on via Palestro.

A ‘Sfoglina’ will teach viewers the art and secrets of homemade pasta. To support the operators, directors and conductors, the regional promotional and tourism service of the municipality cooperates with: the local police, MUSA ZTL and the Road Maintenance Operational Unit.