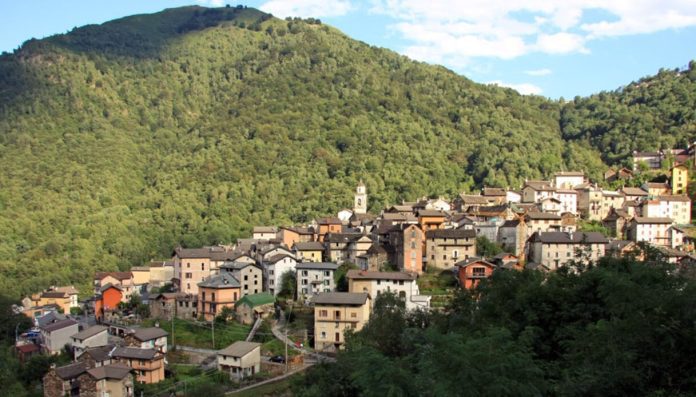 The image of kilts, whiskey and bagpipes immediately makes you think of Scotland but what if we told you also in italy Is there a village where the descendants of an ancient Scottish clan live, in an area reminiscent of the Highlands?

about this guruA small and cozy village in the Canobina valley, on the border of Switzerland, between Lake Maggiore and Ossola, a hidden pearl that leaves you breathless.

link with scotland The foundation of the village has already been traced: in fact, it is said that in 1525, after the defeat at the Battle of Pavia, among the survivors Scottish mercenaries In the service of King Francis I of France, he left for home but abundant snow forced him to stay in the Canobina valley until spring.

fertile soils, expanses of grasslands suitable for cultivation and breeding, and formation of mountains they reminded him of the scottish highlands And so they decided to settle in the area which is now known as Guro village.

If the story of the foundation smells of legend, however, there is solid evidence to support it: the local dialect, confirmed by a research by scholars from the University of Zurich, consists of approx. 800 words of Gaelic originthe names of descendants of soldiers recorded in parish registers (eg, Dromont and Lennett), the traditional women’s dress with petticoats in tartan cloth, and nicknames such as Donaldi, Gibbie and Petrie which may have originated from MacDonald, Gibb and Fitzpatrick.

Also the old houses of the village are characterized by Beam in the shape of St. Andrew’s crossTypical of Scottish houses and only present here and not in any other town in the Canobina Valley.

A corner of Scotland in the Italian mountains

At a distance of 16 kilometers from Canobio, Guro has just 212 inhabitants and boasts a picturesque historic center stone houses close to each other With large wooden loggias and small streets that cross the whole city.

is the flagship Ethnographic Museum of the Canobina ValleyA cross-section of past life, which collects wooden work tools as evidence of an agricultural and rural civilisation, toys, clothing, lace and pottery.
Don’t miss the section dedicated to spinning tools, combing tools and looms for weaving as Guro is famous for working wool and hemp.

The population is still very attached to their Scottish origins and they wear traditional kilts on Sundays and during special occasions: the village festival is celebrated on the second Sunday in July with a tartan parade accompanied by the sound of bagpipes.

But the proximity to Scotland doesn’t end there. lieutenant colonel Gayre and Nig’s GayreIn 1973 the Barons of Lochreshire, after various searches, ascertained the Scottish clan affiliation of the inhabitants of Gurrow and ensured that they could take advantage of rights reserved for Scottish clan members, and Gyre in particular. clan.

For the occasion, Guro received Official Kilt of the Gyre Clan green color and sporon originFur and leather purses used as storage and fixed in front of the kilt: both relics are now kept in the Ethnographic Museum.