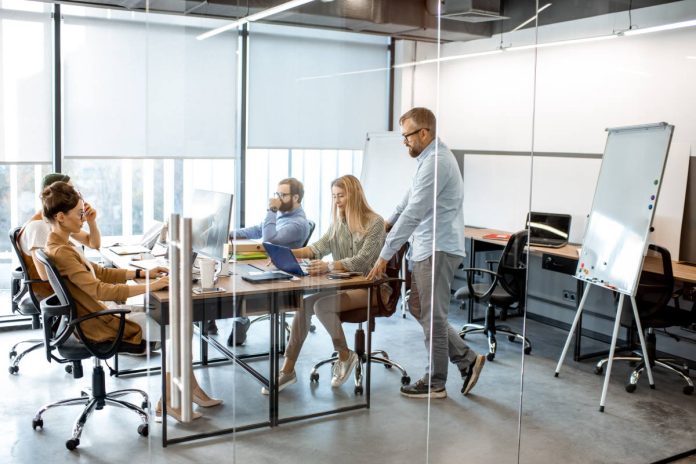 Working 4 days instead of 5 has many amazing benefits for both employees and companies (as well as the environment)! But which are the countries in which the short work week is already a reality or is in the experimentation phase? let’s find out together

List of countries and companies that have decided to start short work week. One of the European nations that this year will allow its working citizens to work only four days a week (without any reduction in wages) is Belgium. There are many benefits to a shorter work week: that way you have more free time to dedicate to yourself, family, and travel and – according to some studies – productivity levels will be even higher.

In addition to fighting stress and cases of burnout (which have increased as a result of the pandemic), going to the office for only four days instead of five helps reduce greenhouse gas emissions significantly, according to a recent study in the United Kingdom. The study shows.

But in which countries is the short work week already a reality and which are testing it? We take stock in Europe and the rest of the world.

Read also: The 4-day work week not only increases productivity, it also fights pollution and emissions

Thanks to a pilot project from the government, Scotland introduced a four-day work week for the first time last year. Scottish institutions have chosen to support all companies that wish to experience a 20% reduction in the working time of their employees. Furthermore, two out of three employees here think this change can have a positive effect on productivity.

And in Italy? In our country, working four days instead of five is still almost a utopia. In fact, there are very few realities in which the short work week has been introduced. Of these, the multinational stands out Mondelez International, That based on a more flexible approach towards work, better time management and greater sense of responsibility among colleagues, the Workplace of the Future initiative has been launched in our country.

The pilot project started on March 1 and involves employees of the company (which manufactures snacks and biscuits) who work in Milan offices. Employees have the option of spreading their weekly working hours over 4.5 working days, thus having more time to rest or travel. Another company that has tested short work weeks in Italy is PA Advice, a Campania company that provides strategic consulting to public administration, which has reduced weekly working hours from 40 to 36 hours, keeping wages unchanged .

Read also: Short working week: this multinational company is one of the first to introduce it in Italy

Belgium, on the other hand, is the last European country in chronological order to have approved a short working week. Here employees have the opportunity to request a reduction in working days by offering to work more hours during the “shorter week” and choose to change the distribution of work hours during the week to every seven days: that’s how they benefit. They can take the week off as needed and return to the traditional work week whenever they want.

In addition, companies with more than twenty employees must offer their employees the possibility to be unavailable for office phone calls or emails between 11.00 pm and 5.00 am. This labor reform aims to meet the needs of employees who want to enjoy a longer break and create a more dynamic and productive economy.

In Iceland, a four-day work week It proved to be a tremendous success. The first tests conducted in Reykjavik between 2014 and 2019 involved childcare and service workers as well as nursing home workers. The second, carried out between 2017 and 2021, involved public employees from several national government agencies. From a study conducted in the country, it emerged that there has been a significant improvement in the well-being of workers based on a range of indicators without any loss in productivity or quality of services provided.

Spain was also among European countries that wanted to test a four-day work week. Last year, the Spanish government decided to launch a pilot project lasting from 39 hours to 32 hours, keeping wages unchanged. the main purpose? Improve workers’ mental health and reduce the risk of burnout.

In the United Kingdom also off to the use of the short work week. This year around thirty companies will participate in a pilot project coordinated by non-profit organization 4 Day Week Global. It aims to give an extra day off to the employees without affecting the productivity of the country.

Starting this year, a Middle Eastern nation has also decided to embrace change in the workplace. We are talking about the United Arab Emirates, which has become the first country in the world to introduce a four-and-a-half day working week. The days devoted to work here become half past four – Monday through Thursday, with Friday mornings – while the weekend break is adapted to Western world standards – that is, Friday afternoon, Saturday and Sunday.

Japan, one of the countries where people literally die from work, is also encouraging the reduction of working days. Already in 2019 Microsoft company decided to give one more extra day for a week to its employees. And the use increased the productivity by 40%. Japan’s biggest adopter is Panasonic Holdings, which announced this year that it would give its employees the option to work 4 days instead of 5 until the end of the year.