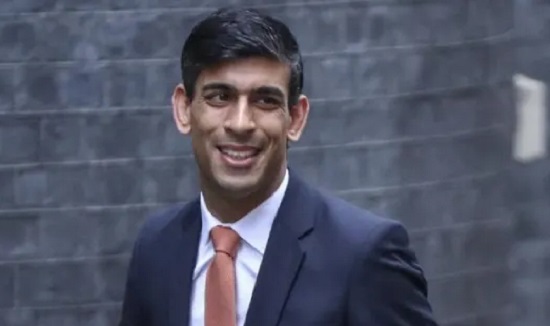 In Giovanni Pascoli’s splendid poem L’Aquilon (from the quotes you can see they are from another era, eh?) there is a poem which reads “Be glad that you don’t see kites falling in the wind…”.

A lover of Italian literature will certainly be in awe of the comparison I am about to propose.

But what you wish for, the thought cannot be controlled, and those Pascoli moths, who amount to delusions, imagine little, thinking about the recent contradictions of British politics.

In the last ten years of relying on the Tories (Conservative Party for the unfamiliar), the British have seen and implemented economic policies (sic!) that shattered all the dreams that were born with Brexit.

Yes, because from the pragmatic Euroscepticism of David Cameron (who probably still eats his fingers for fueling the referendum that approved Brexit, because he was in favor of staying in the European Union), we are in favor of staying in the EU. Went on a soft-Brexit. , and later to Boris Johnson’s hard-brexit, and then to Liv Truss’s “imaginative” Brexit ending in a Rossinian crescendo.

I’ve talked to you recently about the fallacy of trussnomics, and in essence they included the idea that by cutting taxes on the rich, and liberalizing everything, resources and energy would be unleashed as a miracle that Not only would it positively include the poorer classes as well, but would return Britain to the glory of its heyday.

But, what have you wanted, miracles are quite rare, and the British economy itself has eroded, leading to the collapse of the pound and gifts, leading to the “ejection” of the truss.

But what makes the crisis much deeper than it was before is that the British political system is about to collapse, as the two main parties are unable to provide an adequate response to the emergency.

In my humble opinion, perhaps it is also the secular institutions that are proving inadequate for the new times, even with the risk of maintaining a single national unity (I remember, for example, Scotland and Northern Ireland voted strongly against Brexit in 2016).

Certainly, step by step, from the rank of first world power, strengthened by an expanding empire like no other in history and an undeniable economic superiority, to the periphery of a continent that rules, the British It was not easy to accept. ,

And indeed, the British have never felt fully European, and anti-EU outrage in 2016 led to a pro-Brexit vote, a vote that is even narrower.

Niccol Machiavelli said “If you can’t kill your opponent, hug him”.

London embraced Europe in 1973, only to decide to leave it in 2016, perhaps in the illusion of a new “golden age”.

Except that post-Brexit, find itself to be dangerously much weaker than before, given that the geopolitical and economic balance of today’s world certainly does not date back to Queen Victoria’s time.

Basically it’s just a common story that we’ve seen countless times; And that is, politics and public opinion are needed to finally get reality back on its feet on the ground.

So it is not surprising that British pollsters these days find that if they went to the polls now, the Tories would almost be annulled, and above all (You Gov poll) that only 24% of voters believe that leaving the EU was a Likes “right”, while 54% define them as “wrong”.

See also  Sturgeon with its head towards the independence referendum

But rest assured that the British will not be voting anytime soon.

The Tories have a solid majority in parliament, and like “Turkeys don’t vote for Christmas”, Conservative lawmakers will be careful not to put themselves in a position to go to the polls which for many of them would be the “final race”. take for granted (even “carega” matters in the kingdom of Albion, as do we)

That is why it is time for Rishi Sunak, of Asian origin and Hinduism’s first leader after the Truss disaster, to become the Prime Minister of His Majesty the British.

Sunak is not a new man; He was the Chancellor of the Exchequer (our Minister of the Treasury) in the second government of Boris Johnson.

So he is not pro-European, even though he has never been one of the most enthusiastic pro-Brexit people ever.

His personal story tells us that he comes from Goldman Sachs and the world of hedge funds, and as a result he is described as a realist who would prioritize the restructuring of public finances in the wake of Margaret Thatcher’s policy.

And I expect that based on his realism he will leave “wall against wall” with the EU, simply because the British economy has been in crisis for many years now, keeping talks open, increasing trade more Is rational, and don’t increase the odds.

Furthermore, because England’s isolation, and fatal, isolation leads nowhere to continue fighting hard with Brussels over problems such as the “Northern Ireland Protocol”.

We will see what happens, but in my opinion the rethinking phase has begun in Great Britain.

It will be a painful path, starting with the illusion of Brexit, with the moths that have now fallen.