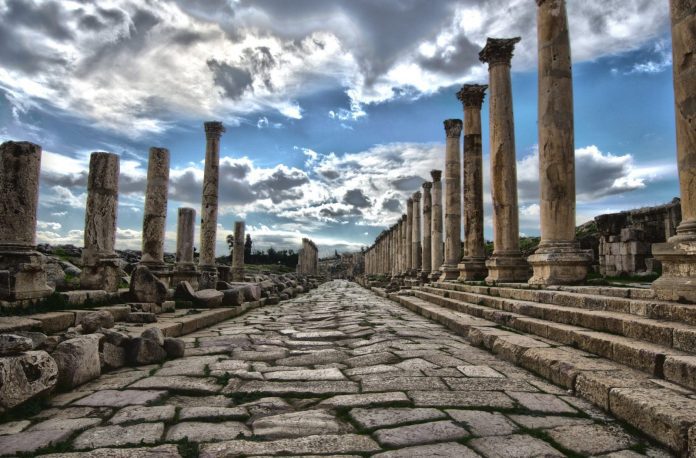 Rome, 2 December – “All roads lead to Rome”, a phrase we have heard since childhood and which has accompanied Italians and Europeans since ancient times. But what is the truth in this saying? Where does it come from and why? Today we look at it in our column “in avi’s footstepsTo dust the ancient pavement on which Rome’s invincible imperial armies marched. At the height of its power, the Roman Empire stretched from Hadrian’s Wall in Scotland to the Middle East in North Africa and Iraq. A sophisticated road network of nearly 80,000 kms united the greatest of Indo-European civilizations in an extraordinary imperial feat, partially still in use today. In addition, recent studies suggest that humans were more likely to prosper in areas near Roman roads, due to climatic and natural factors that actually use them today.

If the first function of Roman roads, paved by imperial armies, was to provide safe and fast military supply routes, they soon became important routes for the trade and traffic of raw materials, sometimes rudimentary along pre-existing routes. . So the people of the empire quickly followed the soldiers of the city through the paved roads., suitably straight and flat, opening up new and dynamic trade routes and establishing new important settlements along nodes of the Roman road network. But if Rome’s iconography helped build Europe with marble and stone, with the fall of the empire much of its infrastructure, including roads, disappeared, in many cases swallowed by the marshes from which they were reclaimed.

A recent study by the University of Gothenburg combined maps of the Roman road network with satellite images and, Using nighttime light intensity as an indicator of economic activity, displayed a “remarkable pattern of persistence” between ancient Roman roads and modern corridors of economic activity. “A lot has happened since then,” says Ola Olsson, co-author of the research and professor of economics. University of Gothenburg School of Business, Economics and Law – Much will have to be adapted to modern conditions. But it’s surprising that our main finding is that Roman roads contributed to the intensification of cities and the economic activity that accompanied them., even if they have disappeared and been covered by new roads”. Medieval Europe, instead of re-orienting its economy, eventually restructured Roman roads, as well as reconnecting their routes with new ones, but still connecting them with those of our ancestors.

Major European roads and cities were paved by the Roman Empire

Thus, by exploring the link between the investments made in public transport infrastructure made during antiquity and the presence of functioning infrastructure today, it is possible to understand how much Roman roads, bridges and cities still in common use in the 3rd millennium, The same applies to the link between infrastructure and the economic activity of the respective regions; both in the past and in the present. Examining the area under the rule of the Roman Empire at the height of its geographic extent, between the emperors Trajan and Hadrian in 117 AD, we find that greater Roman road density ran alongside the modern road. However, in addition to roads, we also focus on the largest construction of urban settlements in the same areas, as well as the largest economic activity, inter alia, in the last years 2010–2020.

Africa and the Middle East lost the royal way

Even if in 2022 we can still speak of Roman roots in Europe, this seems not to be the case in North Africa and the Middle East. Here in the 4th to 6th century AD. Wheeled transport was gradually replaced by more rudimentary camel carts. Which can be defined as an inclusion away from the Roman civilization. Between camels and horses, as well as sandal and slippers, people in most Middle Eastern or North African regions did not nurture the need to rearrange, transform or simply reuse old Roman roads. However, there are still many cities with Roman foundations still used by humans in those areas of the world today., Many of them still remember the ancient times when Rome brought its civilization to those countries: cities such as Damascus, Palmyra or Bosra Traiana in Syria; Timgad, El Jem or Siren, in North Africa still boasts a great archaeological attraction. If the first mentioned above are still lived by their people and have withstood the ravages of modern wars in the Middle East, then the second, in North Africa, unfortunately or fortunately, are now deserted and dusty with time and desert sands. But who knows, maybe one day the people of those countries will rediscover the genius of Rome.

Liked the article?
Every line we write is the result of commitment and passion for a newspaper that has neither godparents nor owners.
The national primacy is indeed a free and independent voice. But freedom and independence come at a cost.
help us continue our work through a contribution or a donation.