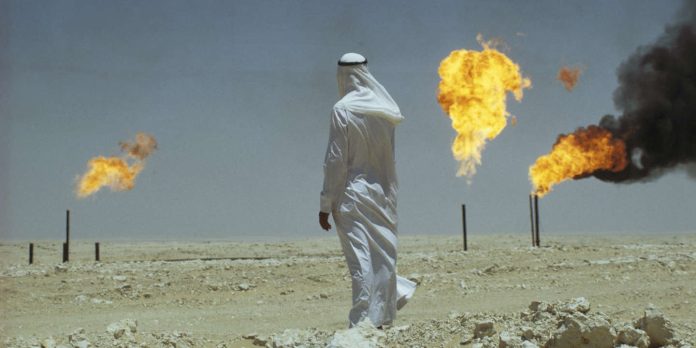 Tribune, The current surge in energy prices comes in a context where climate is seen as a priority. Paradoxically, while the priority will be climate, consuming countries are demanding more fossil energy from the Organization of the Petroleum Exporting Countries and its allies (OPEC+), and are reluctant.

Why ? Because consumers want to reduce prices, especially to control inflation and strengthen the current economic recovery. In contrast, OPEC+ countries want to replenish their budgets and guarantee their future income in the context of the announced decline in consumption of fossil fuels – oil, gas and coal.

This contradiction of objectives on the two camps results in an uncooperative system that undermines climate prioritization and its energy transition component. To answer this paradox, it is necessary to better elucidate the meaning of the energy transition for exporters of fossil fuels.

In countries dependent on oil and gas, much of the financing of the economy depends on exports of these two products. For example, hydrocarbon exports represent about 70% of total exports to Saudi Arabia, 85% to Algeria and almost 100% to Iraq.

These countries are part of OPEC along with ten other countries. OPEC members represent just over 70% of the world’s oil reserves. The exploitation of oil and gas therefore forms the economic life of these states, which are at the same time major players in the functioning of the world markets for these hydrocarbons.

Hydrocarbon exports represent about 70% of total exports to Saudi Arabia, 85% to Algeria and almost 100% to Iraq.

But the global trend toward decarbonization is encouraging investment in clean energy, which ultimately threatens hydrocarbon-exporting countries. The share of renewable energy in the global energy mix, which is currently estimated at 17% of final energy consumption, is set to increase. This increase in low-carbon energy sources should lead to a reduction in the use of hydrocarbons and a drop in their prices.

See also  Incomplete score of XV of France
read also Articles reserved for our customers Climate: “The end of the oil age has begun and will move faster than expected”

Under the 2 °C rise scenario, the Middle East, which holds the majority of conventional oil reserves, could leave 38% of its reserves underground. The field could also release 61% of its gas reserves underground. The scenario of a carbon-free global economy should therefore have a significant impact on state revenues, and a posteriori on the stability of the region with potential chain reactions, as can be seen for Libya, Iraq or Syria.

You have 48.33 percent of this article to read. The rest is for subscribers only.