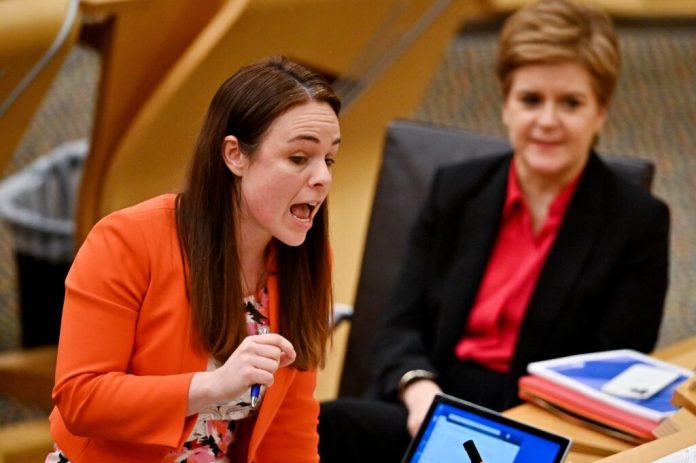 the Scottish government Unveiled an economic strategy for the next decade Which is claimed to increase the size of the country’s economy by up to £8 billion.

The scheme promises to significantly increase the number of businesses set up north of the border and create a new niche in the heart of the government to encourage entrepreneurship.

A new investment panel headed by the Prime Minister nicola sturgeonIt will also be built with the aim of attracting investment in projects that will contribute to Scotland’s net zero response.

However, the document was immediately dismissed by prominent businessman and entrepreneur Sir Tom Hunter as “a long wish list with no magic wand to hand it over”.

He also hinted at the Scottish government’s announced policy of leaving Britain through an independence referendum held by the end of the next year.

The National Strategy for Economic Transformation sets out ministers’ goals for the next 10 years, with models suggesting it could increase the size of the economy by 4.9%, or £8 billion, by 2032.

Specific policies include a ‘dramatic’ increase in the total number of businesses operating in Scotland of all sizes and regions, with a network of entrepreneurs invited to schools, colleges and universities to inspire the next generation.

The apprenticeship system will also be revamped so that it can be used by start-ups, while a Chief Entrepreneurship Officer will also work within the Scottish Government.

Sturgeon will join the race for zero by chairing a new panel of investors, as well as providing capital investments to support emerging sectors such as renewable hydrogen production and offshore wind.

A Workplace Transformation Center will also be launched this year, which will support “experimentation” in post-Covid working methods, including hybrid models.

Ministers also plan to launch a ‘talent attraction’ program to entice people with key skills from other parts of the UK to settle in Scotland.

In a strategy launch speech in Dundee, Finance Secretary Kate Forbes said it “will ensure that Scotland is a fair, prosperous and green nation by 2032”.

“We have to be bold, brutal and laser-focused to maximize the impact of the actions we identify with,” he said.

“As a country, the outcome will be decided by us, not on the strategy we write”.

His speech and document made only a brief reference to the Scottish government’s independence plans. Ms Forbes said the economic reasons for leaving the UK would be determined in a separate prospectus to be launched “in due course”.