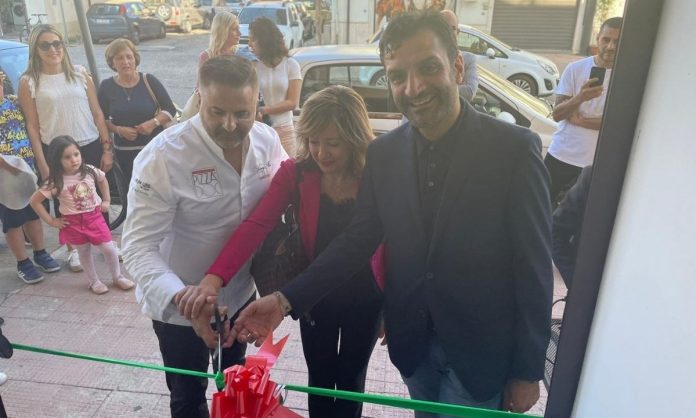 It will be Siderno in the province of Reggio Calabria, hosting the first official headquarters ofNational Academy of Pizza Doctors outside Campania, It will be headed by maestro Vincenzo Fotia, a historical teacher of the Academy, who wanted the headquarters of the training institute founded by patron Antonio Giacoli in his city.

They were present when the ribbon was cut Giacoli, Teacher Fotia, Mayor of Siderno Mariateresa Fragomeni, and City Councilor David Lurasco.

“I am proud to inaugurate this new headquarters of the Academy in a land like Calabria – said the patron of the Academy, Antonio Giacoli – who has always welcomed me with open arms. Above all thanks to the maestro Vincenzo Fotia, who led the Academy project have always spent their time since the beginning To train professionals young and old in the world of pizza In both Calabria and Sicily. Our headquarters in Siderno means a lot to the entire Calabrian and Sicilian pizza movement, divided by the Strait but united by the love of pizza ».

Established in 2017, the academy aims to Transmute the art of Pizza Chef thanks to the team masters, The teaching team is, in fact, made up of experienced and qualified professionals in the pizza world, such as pizza masters Piergiorgio Giorilli, Salvatore Leoniello, Vincenzo Capuano, Raffaele Boneta, Erico Porzio, Vincenzo Fotia, Fabio di Giovanni, Armando Scella, Alessandro Della and many others.

The courses are aimed at all those who want to enter the world of work as a pizza maker, which already has and He wants to improve himself but also to ordinary enthusiasts.

Each course at the National Pizza Doctor Academy alternates lessons practical for theoreticians, Instructors teach kneading and leavening techniques, choosing the most appropriate flour to reflect the desired flavor, what the main ingredients are, how to use them Any type of flour, such as seasonings and stuffings.

In addition, the Academy also tries its best to Indulge in the world of pizza chef work. The last year has, in fact, defined cooperation agreements with important business groups, engaged in the world of pizzerias and catering in general, with which we will also be able to offer job opportunities to students.

But we are not just talking about technology. Thanks to their vast experience, Pizza Master provides tips and information on equipment, ovens, cooking times, and even timing.Marketing techniques and use of social media. Essential ingredients for a good, healthy and above all recognizable pizza today.

A project that started in Salerno and is now in demand in Italy and in every part of the world, The curriculum from September 2018 to date has firstly an extra-regional and above all an international expansion Argentina, Brazil.