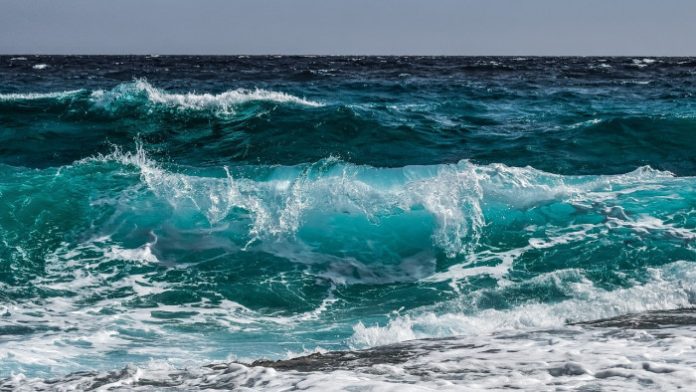 Irish ocean energy After successfully testing its technology that uses wave motion to generate electricity in Hawaii, the European project will coordinate WEDUSEA and build a 1MW power plant off the coast of Scotland.

Backed by the government’s development agency Enterprise Ireland and Europe’s first VC, Ocean Energy has developed The largest capacity wave power generation equipment in the world. WhyThis innovative technology produces energy in a safe, sustainable and economical way. Soon Europe will be able to get electricity from ocean waves and become energy independent through the use of renewable resources.

Europe is working with the WEDUSEA project

Project vedusia It is part of the European program Horizon Europe It aims to create concrete solutions to tackle climate change and achieve the Sustainable Development Goals recommended by the United Nations.

WEDUSEA means: ‘Utility scale wave energy display to enable tables.The project, costing €19.6 million, was financed for half by the Horizon Europe programme, the British Innovate UK for 5.3 million and the rest by private companies. lasting four years, it sees the participation of 14 among companies and universities in Ireland, the United Kingdom, Germany, France and Spain.

OceanEnergy has developed the largest wave power generator in the world: OE35. The device floats on the surface of the ocean with the bottom open to the water from which the wind is trapped: following the movement of the waves, the wind is directed through a turbine that drives to generate electricity. The OceanEnergy float device consists of only one moving part and all equipment is contained in a dry environment. Therefore maintenance is easy and scuba diving is not required.

Unlike most similar systems, the OceanEnergy comes complete with plenty of storage space on board. This storage is critical and allows you to provide electricity for many applications such as data centers, desalination plants, hydrogen plants and aquaculture.

Getting energy from multiple sources, a possible target

as the professor explains Tony LewisOcean Energy’s Chief Technical Officer: “Wave energy is the most precious and continuously renewable resource in the world, but it is not yet fully realized. This European project will demonstrate that the technology is mature and ready for large-scale industrialization. The natural energy of the ocean will be fine for powering the electricity grid in the not too distant future”.

Mathijs Soede Of the states of the European Commission: ,We expect WEDUSEA to advance the technology to harness energy from waves in collaboration with partners with multidisciplinary backgrounds. It will play a key role in achieving the 1 GW target for 2030 presented in our Offshore Renewable Energy Strategy. The current energy crisis shows that The use of multiple sources is important to guarantee supply”,

what is the energy of the waves

The World Economic Forum has estimated that If wave energy was fully harnessed globally, it could meet all the world’s electricity needs.

Sea waves use huge amounts of renewable and reliable energy. In fact, waves have the highest energy density compared to other renewable sources such as wind, solar, biomass and geothermal. This means that waves can contribute significantly to the resilience of the global energy mix. many countries including Australia, China, Denmark, Italy, Korea, Portugal, Spain, the United Kingdom and the United States, They are currently developing technologies that exploit wave motion. The US Energy Information Administration has calculated that Waves around the coasts of the United States could potentially provide 64% of that country’s electricity.