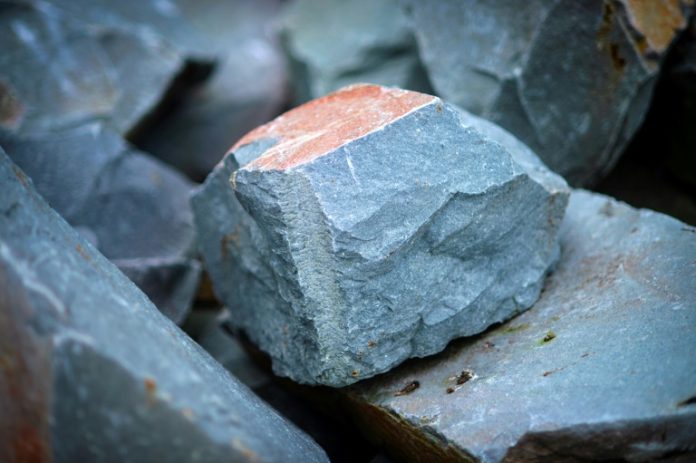 On a remote Scottish island, colonies of puffins overshadow granite quarries. Curling stones are made from this rock which will be used during the 2022 Olympic Games in Beijing (February 4-20).

Located halfway between Glasgow, Scotland and Belfast, Northern Ireland, Ailsa Craig once served as a refuge for Catholics fleeing persecution of Protestants during the Reformation in 16th-century Scotland.

Uninhabited today, this one km island is a popular nature reserve for birds and seals.

Ailsa Craig is also at the center of the curling galaxy, the game where players slide granite boulders over an ice rink, with the help of two companions who heat the ice with their brooms, bringing them as close to the center as possible. game for Target home. 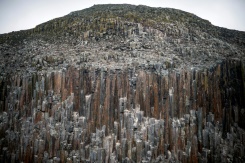 This is where the Kays Curling Company, which has been manufacturing curling stones since 1851 and has supplied all organizers of the Winter Olympics since the first edition in 1924, comes in to collect the rock for which it has the exclusive right to use it.

“Elsa Craig has been a unique source of granite for curling stones for nearly 200 years,” Jim Wylie, 72, the retired owner of Cage Curling, told AFP.

At the Mauchline factory, near Eyre (south-west Scotland), he carefully picks up a stone and then caresses it, while behind him echoes the sound of machines drilling and polishing the rock. 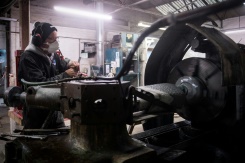 “There is no other type of granite found in the world that is suitable for (making) curling stone,” he adds. “Tested with one or two other sources with varying degrees of success, but none of them have proven to be as good as Elsa Craig’s stone.”

The quarries of this volcanic island contain two rare types of granite, suitable for the sport, believed to have been first practiced on frozen lakes in Scotland some 500 years ago. 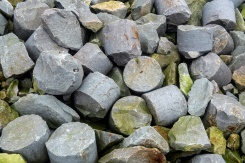 Blue Hone, a non-porous blue granite formed by a volcanic eruption 60 million years ago, has properties that prevent frozen water from eroding the stone.

– from Canada to Nigeria –

These two granites, blue and green, are assembled using a technique called “alerts”.

The ice that is in contact with the bottom of the blue granite stone must be extremely hard, says Wylie, because the ice can be very abrasive. 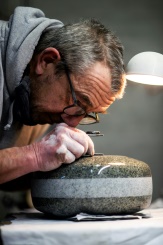 The slightest bump can change the stone’s trajectory and make the difference between a gold medal and a bitter disappointment.

The stones produced by Kays Curling are exported to 70 countries. The demand for stones is increasing according to the company’s general manager Jim English, who cites Canada, the US, Switzerland and Austria as his markets.

“But we sell to South America, South Korea, Afghanistan and Nigeria,” he says.

In a yard outside the factory, Mr. Wyllie inspects a row of discarded curling stones that will be recycled as planters. 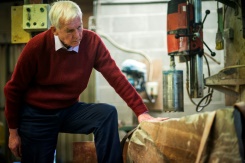 Like every edition, it will closely follow the 2022 Olympics which begin on Wednesday with a mixed doubles tournament and a match between Great Britain and Sweden exclusively for curling.

“I am confident that curling will gain popularity after the Beijing Olympics,” he said, predicting “high demand in the coming months”.

© 2022 AFP. All rights of reproduction and representation reserved. All information (transmissions, photos, logos) reproduced in this section is protected by intellectual property rights held by AFP. Consequently, none of this information may be reproduced, modified, redistributed, translated, commercially exploited or reused in any way without AFP’s prior written consent.