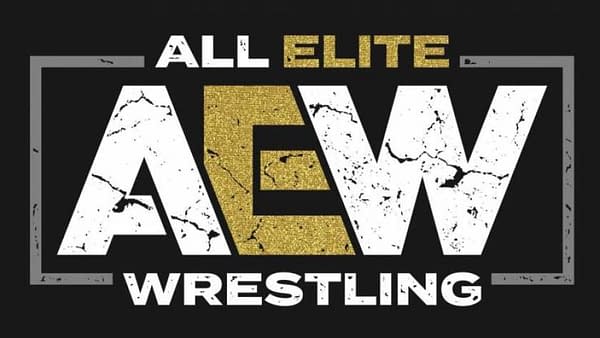 Thanks to the NBA playoffs, AEW Dynamite didn’t air on Wednesday. Instead, the show was pushed back to Saturday, where it finds itself in direct competition (for most of its length) with NXT Takeover on the WWE Network. On the bright side for AEW, though, Dynamite is airing after the third game in the NBA playoff series between the Indiana Pacers and the Miami Heat, which means they could potentially make some new fans from NBA viewers who stick around.

The show didn’t get started right at 6 PM because the game was still going on, but things finally kick off at around 6:35. Jim Ross welcomes us to Dynamite with Tony Schiavone, and Taz live (I’m pretty sure it’s taped). FTR and Private Party are in the ring, and the first match starts immediately.

That was as good a way as any to open this Dynamite and give leftover NBA viewers a taste of AEW. FTR winning wasn’t surprising, but the match was good, and it advanced the story of Blanchard building his stable of guys that may or may not become the new Four Horsemen. He was crucial in FTR winning tonight.

Jon Moxley cuts a promo on MJF. He says MJF’s promo on him last week didn’t bother him. Where Moxley comes from, the toughest guys don’t hide behind words. But MJF talks a lot. Moxley admits MJF is talented, and he wants him to one day fulfill his potential — move out of his parents’ basement, lose his virginity, and become a world champion. But on September 5th at All Out, Moxley is gonna beat the hell out of MJF. Dynamite goes to commercials.

MJF, wearing a neck brace, cuts a promo. He brings up a bunch of dictators that were homicidal maniacs, but they pale in comparison to Dictator Jon. He says Moxley attacked him from behind like a coward last week. He really pours it on about his neck injury. He can’t even play with his kids. The whole time MJF is talking, the campaign staffer who he told to smile more a few weeks ago, Nina, is desperately struggling to maintain a smile.

MJF doubles over in pain. His lawyer takes over and sells how dangerous the Paradigm Shift is. He claims five million people signed the petition they posted, asking for the Paradigm Shift to be banned. The lawyer drew up a contract for the match at All Out that specifies the move is not allowed to be used in the match. He says that if Moxley is such a badass, he shouldn’t need that one little move to win a match. He threatens to sue Moxley for everything he has.

Natural Nightmares and Jurassic Express vs. Lucha Bros and The Butcher and the Blade

As the heels fight, Eddie Kingston comes to the ring and cuts a promo. He tells the two teams they’re better than all the other tag teams, and they only lose when they’re divided. He talks up each man individually. He wants them to walk with him, united. I guess we just saw a new stable form. And I guess that was the true purpose of this match, which featured some cool spots but otherwise never really had a chance to get going.

In a prerecorded segment, Britt Baker is doing rehab in the gym. Kip Sabian and Penelope Ford are there too, working out, and of course, making out. Britt pulls them aside to lecture them on how all the kissing they do can cause cavities. Britt offers them free dental care for a year if Penelope Ford will join her in a handicap match against Big Swole. Ford is reluctant, but when Britt throws in Reba doing her makeup for free too, she’s on board. Dynamite takes a commercial break.

Tony Schiavone is in the ring after the break for an interview with Orange Cassidy. He calls Cassidy to the ring. Best Friends come with him.

Schiavone asks Cassidy for his thoughts on getting the biggest win of his career against Chris Jericho last week. Cassidy has nothing to say. Chris Jericho’s music plays, and Jericho comes out to the top of the entrance ramp with a bottle of The Bubbly and a microphone. Jim Ross talks about recruiting Jericho to WWE back in the day.

They each have one win against each other so they should have a match to decide who is the best. And he doesn’t want it to be a regular match. He proposes a new match type he created – The Mimosa Mayhem Match. Jericho has a humorous video package to explain the match, which will take place at All Out. Eighty gallons of orange juice is mixed with 500 cases of a little bit of the bubbly at ringside. You win by pinfall, submission, or being tossed into the vat of mimosa.

Jericho wants to know if Cassidy accepts the challenge. Cassidy gives a half-hearted thumbs up. Jerich is pleased, and he wants to toast Cassidy, but he wants all his friends to be out there to toast him too. The Inner Circle head out and surround the ring. They get up on the apron, and Jerico offers a toast: “here’s to ya.” He takes a swig of bubbly and then orders the Inner Circle to attack. Inner Circle beats down Best Friends and tosses Cassidy into a Judas Effect. Then they hold Cassidy upside down and pour bubbly all over him.

Dynamite goes to commercials with JR promising “hot six-man tag team action.” Ross really knows what turns AEW fans on. Since this match is going to bleed into the second hour of AEW Dynamite, we’ll just go to part two of this report right now. Click down below.

A prophecy once said that in the comic book industry’s darkest days, a hero would come to lead the people through a plague of overpriced floppies, incentive variant covers, #1 issue reboots, and super-mega-crossover events.

Sadly, that prophecy was wrong. Oh, Jude Terror was right. For ten years. About everything. But nobody listened. And so, Jude Terror has moved on to a more important mission: turning Bleeding Cool into a pro wrestling dirt sheet!