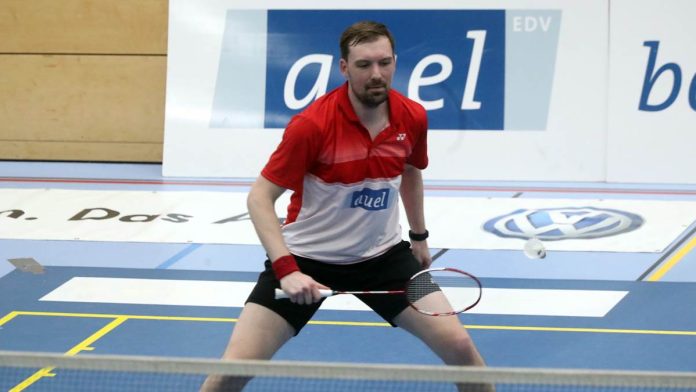 Biggest shortage of personnel, no victories and still leaders: the double match day of a completely awkward past allowed SG Gifhorn/Nienburg to climb to first place in the end. Five games before the end of the season, a return to the Second Bundesliga is within reach, but relegation is over before the Hamburg weekend with games in SSW (Saturday, 4 pm) and Horner TV II (Sunday, 10 am). . Because the Gifhorns are being followed by an entire league, all seven remaining teams are necking down SG. Coach Hans Werner Nisner has been there for decades: “But I’ve never experienced anything like this.”

Gifhorn leads the trio with 10:8 points, leading due to better playing ratio, four of the six places are occupied by teams with 9:9 points (including SG’s two Hamburg opponents), followed by SG Lendende/ Wechelde are with 8:10 points on the first relegation zone, with Taillight Berliner SC a few behind with 7:11 points. In other words: “We’re first on the table. We can do a little bit for him. Nothing else. Everyone can do something for him — but we don’t have the lead,” Nissner says. “The fact that there are no high-flyers in the league, that there are no very weak teams is what we assessed earlier,” the 74-year-old said. But the fact that all teams still have every chance at home is new territory for them over the years.

You can really predict a lot in badminton, you know the team, you can calculate doubles directly. “An end result can often be reasonably predictable,” says Gifhorn’s coach. Only this season is different. “A lot really depends on how you are on that day.”

It should fit Gifhorn in Hamburg. In any case, SG starts with almost the best line-up for the first time. Dennis Friedenstaub, Yannick Jopp and Thijs Huth are fit again, with Patrick Theon and Marvin Schmidt forming the men’s team, only Holger Herbst is missing due to illness. In the women’s section, the leaders of the standings can rely on the trio of Martina Nost (Austria), Sarah Findlay (Scotland) and Karen Radke. Total paradisiacal conditions. “In previous matches we didn’t have to think too much about our line-up, now we have a relatively wide base,” said happy captain Friedenstaub.

There isn’t much to say about the games. One look at the crazy table is enough. “It’s an important weekend. It’s forbidden to lose,” Friedenstab says. After that with three games left, you have a great chance of establishing yourself on top. Finally, the derby (12 February) at the Lange and the home double match (5/6 March) against the two Berlin clubs follow.

“The championship may not even be decided until the last day of the game, probably due to game proportions,” suspects Nissner. Meaning: every single match could be deciding in final billing, a 6:2 could already make a difference to a 5:3.

And what about the descent? “We are not sure, but I am not worried, I am not afraid. Our team is too strong for this. But we have to be careful, we have to play well,” said the coach. and score. SG can no longer trust others. Nissner: “It’s all unexpected.”

The best news for Hans Werner Nissner came on the Friday evening before the day of the last double match. Then the trainer became a grandfather for the second time. Son Maurice, himself a longtime BV Giffhorn top player who also collected DM medals, became a father again. Their son Philip (3) now has a sister named Sophie. “Maurice was always an all-rounder, now we have a nice mixed race in the family,” says Grandfather Hans Werner.