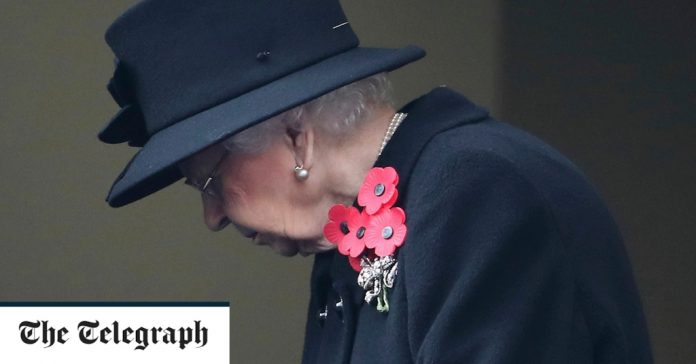 These are the Queen’s companions – who, like her and the Duke of Edinburgh, have gone through a tumultuous century.

As Wilfred Owen said they have felt the pity of war and war. Yet now, in his twilight years, his sense of duty is uncertain.

This Sunday morning was not only a loving reminder of our past but also a reflection of our present.

In the desert paralysis of Whitehall, where the streets were buzzing with the promises of politicians, there was Her Majesty who paid attention without uttering a single word.

Our Prime Minister, who traditionally laid a wreath at the Cenotaph, would do well to consider the depth of people’s feelings and respect for the House Wind f Windsor, as opposed to the skepticism and antipathy directed to the House in Westminster.

The Queen can trust our allegiance because she has earned our trust. It is endless and consistent. We also know that he will always put the best interests of the nation first. Can the same be said of those who rule over us?

It is definitely time for Boris Johnson and his cabinet to raise such a bounty.

We are fighting for our lives and livelihoods by facing a deadly virus. Our political class must move forward and show that just as we pay tribute to those who were killed and buried, our war-time spirit remains.