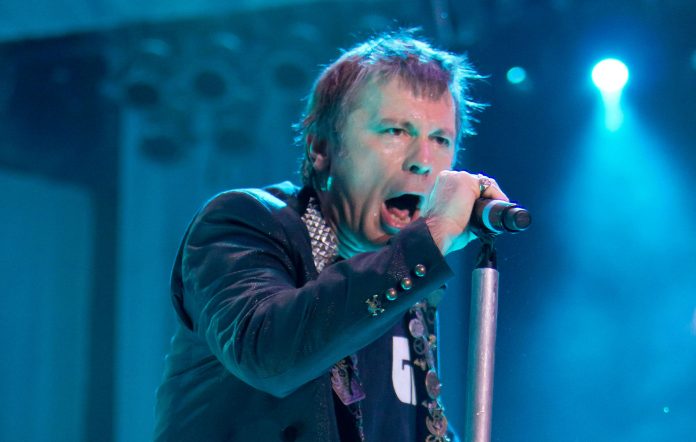 Iron Medin has released a new live album titled ‘Nights The F the Dead, Legacy The F the Beast: Live in Mexico City’ – you can check out his artwork and tracklist below.

Coming on November 20 by BMG, the collection was recorded in September 2019 during the band’s sold out arena concert in the city. These dates form part of their ongoing Legacy The Beast World Tour, which has come to an end. Europe next summer.

Steve Harris, founder and bassist of Iron Maiden, said: “We are really looking forward to bringing this show to even more countries and yet, having managed to reset most of our European self-shows for 2021, we thought we would. Listen to the recordings of the tour so far and see if we can create a fixed live album souvenir that everyone, everywhere can enjoy.

“I’m really excited about the result, especially since this setlist includes songs that have never been made on a live CD before, such as ‘Greater Good God F God’, and other old songs like ‘Wheel Eagles Dare’, ‘Flight’. IF Icarus’, ‘The Cleanman’ and ‘Sign The F-Cross’ which have not been included in our live set release for many years. “

Harris added that the new album “does justice to the passion and joy of our Mexican fans who always give us such a beautiful welcome whenever we play there.”

The tracklist for ‘Nights The F the Dead, Legacy The F the Beast: Live in Mexico City’ is as follows:

Iron Maiden is set to re-release her self-titled debut album later this month to mark her 40th birthday. Originally released in April 1980, the LP includes the classic songs ‘Phantom The Fa The Opera’, ‘Running Free’ and ‘Iron Maiden’.