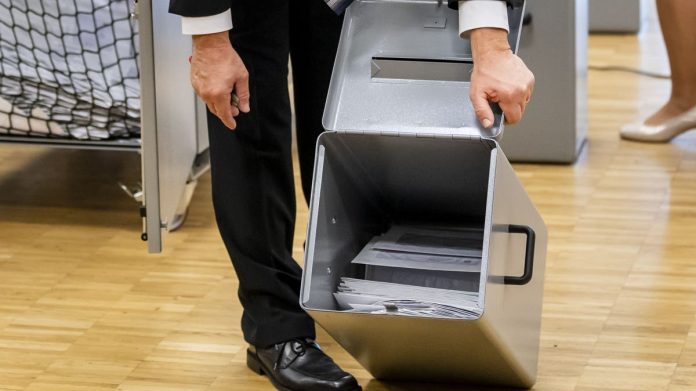 Frontex, Organ Donation and Lex come to the public on Netflix May 15

The Federal Council wants to vote on three bills on May 15. Compromises on automatic organ donation, Lex Netflix and the European Union’s border security Frontex come in the ballot box.

The Federal Council announced on Wednesday that three proposals would be voted on only if there was a referendum against them. It’s currently anything but certain: All three referendums could fail because Omicron paralyzes the staff needed to collect signatures.

The so-called Lex Netflix movie is about to change the law. It stipulates that streaming providers will have to broadcast 30 percent of productions from Europe in the future. In addition, providers must invest four percent of their income in local film production.

The youth parties of the FDP, SVP and GLP, along with some middle-class politicians, started the plebiscite. They see consumers’ freedom of choice at risk, and they also fear high membership fees. As announced by JungFreisinigen on Twitter on Tuesday, they have already collected 50,000 signatures, but are currently collecting another 10,000 signatures for a safety margin.

Referendum by activists and representatives of ethics and theology

The amendment to the Transplantation Act stipulates that in future all individuals will automatically be considered organ donors if they do not explicitly object to it. There should be more donor organs available than this. Opponents raised ethical concerns. The referendum committee consists of various representatives of politics, ethics and theology.

The third proposal relates to Switzerland’s participation in the European border protection program Frontex as part of the further development of the Schengen Agreement. Switzerland wants to be more involved in protecting the EU’s external borders. A group of activists from around the Migrant Solidarity Network (MSN) has called for a referendum against the bill. (wap)