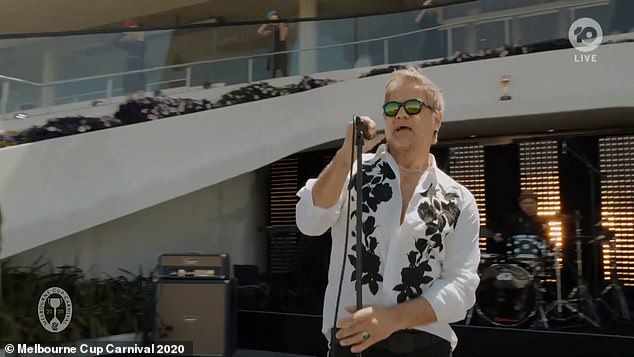 John Stevens performed emotionally except for the classic INXS song Never Hour Hour at the Melbourne Cup on Tuesday afternoon.

But due to the Covid-19 restrictions on mass gatherings, no one was in the crowd at the Flemington Racecourse to sing with him, resulting in a surreal performance whose shooting was pre-filmed.

Pre-Race Entertainment: John Stevens made an emotional presentation of never tearing up a classic INXS song at the Melbourne Cup on Tuesday afternoon.

Jon and his band performed at the Grandstand, an area usually reserved for punters, with an eight-part string section and a solo saxophonist.

Despite not having an audience, New Zealand wowed people across the country with the release of her song – a favorite at weddings and public events.

Fans watching at home took to Twitter to praise his performance, with one writing: ‘John Stevens – always gets it right.’ 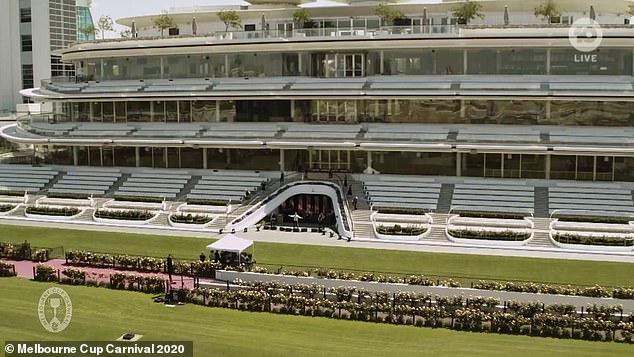 Vacancy: Due to restrictions on the mass gathering of COVID-19, no one was crowded at the Flemington Racecourse to sing with it, resulting in a surreal performance. 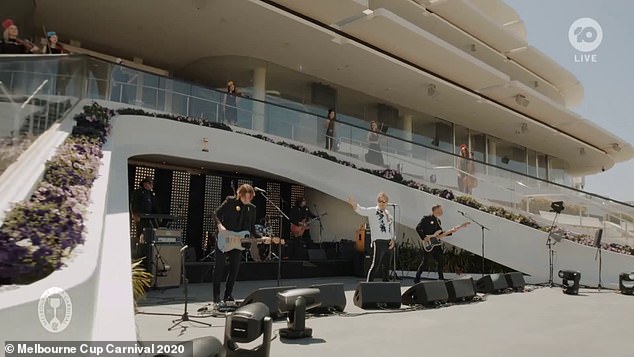 Giving it all away: the 59-year-old rocker and his band still put on an undeniably powerful show

The organizers of the global epidemic, the Melbourne Cup, had to be creative with pre-race entertainment. 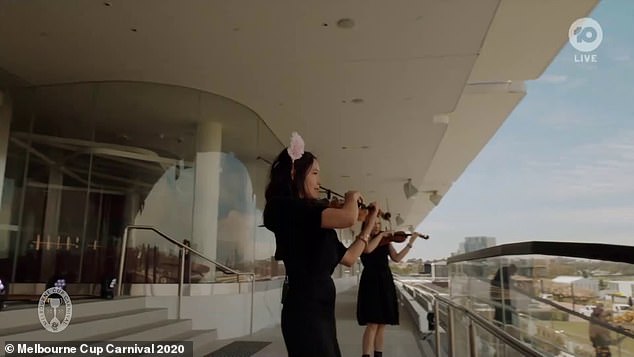 Performing: Jon and his band performed at the Grandstand, usually reserved for punters in the field, an eight-part string section (pictured) and a solo saxophonist. 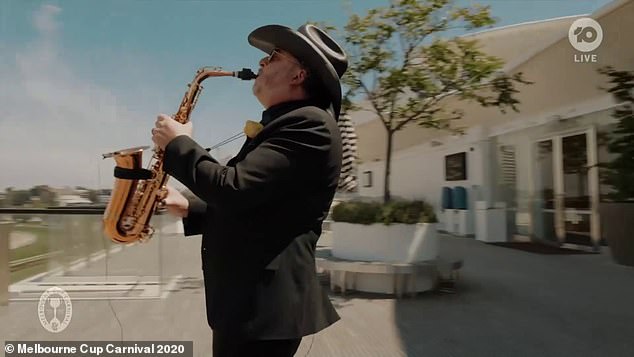 Iconic: A saxophonist was on the spot to do the famous solo except Tear US App

‘He saved all day!’ Fans watching at home to applaud the congratulations, including those who wrote, took to Twitter to praise the performance: ‘John Stevens – always feels right’

As part of the show, singer Pete Murray celebrated the 160-year journey of our biggest race by performing My Place Find My from Byron Bay. 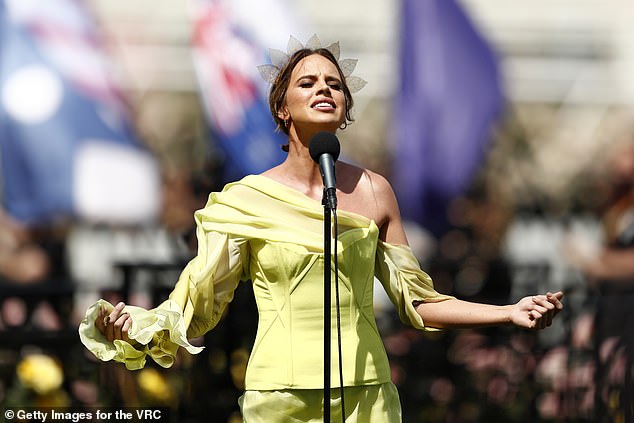 See also  Harry Potter and the Sorcerer's Stone: The Surprising Origins of the Chess Game Between Ron and Harry