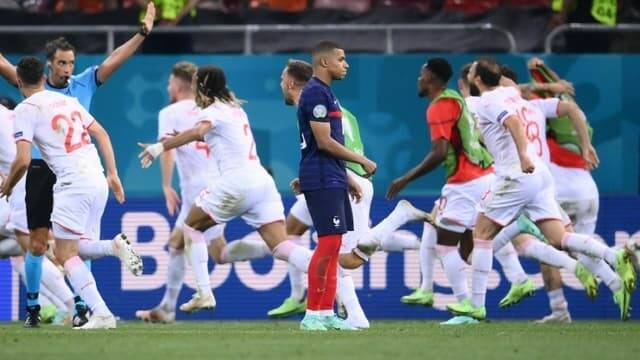 According to data published by Médiamétrie on Monday, TF1’s audience share (pda) increased by 0.5 points to 19.7% of all categories of viewers, approaching the 20% mark, a level below which the first channel fell in 2019 went.

The First Channel recorded 70 of the 100 best viewers in 2021, especially the strongest of them: the Round of 16 of Euro Football France-Switzerland, which brought together 16.4 million viewers.

Also to TF1’s credit, the audience box for the French series HPI, which attracted 12.4 million viewers, achieved the best audience in French fiction in 2021 but also since 2005.

France 2 is not to be outdone with a jump of 0.6 points to 14.7%, marking the highest level of viewership since 2012, driven by the same sports-fiction cocktail.

The second channel thus achieved its best viewership of the year in the first half of the evening with the France-Scotland match of the Six Nations tournament which attracted over 7.6 million viewers.

The broadcast of the Tokyo Olympics last summer contributed to the general performance of the channel, which also prides itself on the success of series such as “Capitaine Marleau”, “Astrid et Raphael” or more recently “Le tour du monde en 80 days”. ,

France 3 remains on the third stage of the podium and with a stable audience share of 9.4% in one year is just ahead of M6, which gains 0.1 audience points a year at 9.1%.

BFMTV continues to be the leading news channel with an audience share of 2.9% as of last year. CNews, on the other hand, jumped 0.6 points and garnered a 2% audience share. Follow the LCI, down 0.1% at 0.1 points, and franceinfo, a year stable at 0.7%.

Total television viewing time in 2021 has returned to its level before the health crisis and confinement, with an average of 3h41 per day compared to 3h58 in 2020.