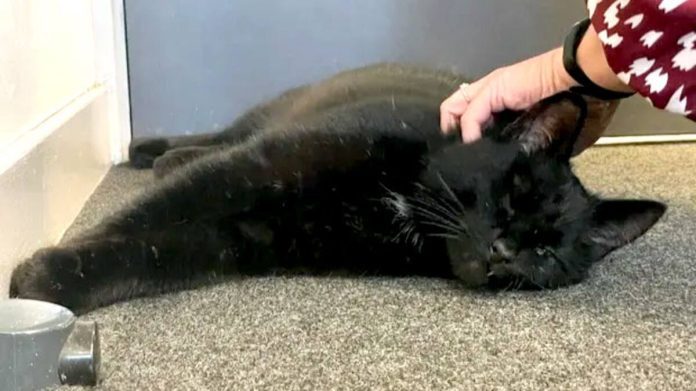 A cat has found its owner five years after it went missing, at the end of a voyage that took it to a Scottish offshore platform from where it was rescued by helicopter, signaling a humane society.

“We have successfully rescued a cat found on an offshore oil rig in a shipping container off Peterhead”, the Scottish SCPA said in a statement, in the east of Scotland.

Recovered on 22 April, the animal benefited from a “personal return by helicopter”.

It was discovered in a container off the coast of Scotland.

“We don’t know how the cat got there, but we went to the heliport this morning to pick him up,” said Scottish SPCA member Amy Findlay.

In recent years, the cat has been a frequent visitor to Peterhead Prison, where prison staff fed him and named him ‘One-Eyed Joe’. But when his microchip was checked, the Humane Society found that his real name was ‘Dexter’ and he had been missing for five years.

“We are really pleased that he was well cared for at the time of his disappearance, but we were even more pleased to be able to be with his original owner thanks to his microchip,” the association explained.

See also  Do you need a permit for this?