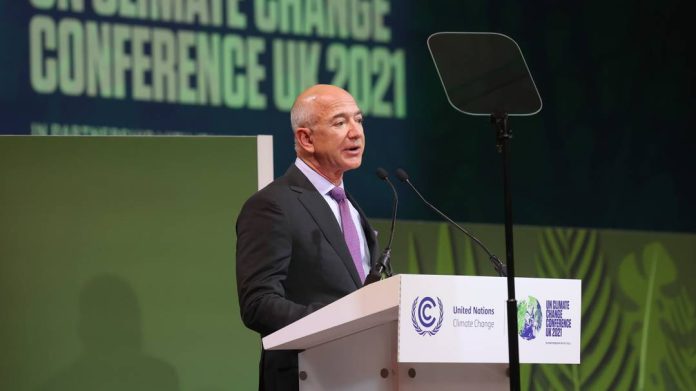 Glasgow/Hanover. Is this already hypocritical? The United Nations Climate Conference in Glasgow is currently about stopping climate change – but many participants from business and politics (including Amazon founder Jeff Bezos and the British heir to the throne, Prince Charles) are flying to Scotland in private jets. British newspaper “Daily Mail” Published a map showing that 52 of these planes landed in Glasgow on Sunday alone.

According to “Daily Mail” estimates, 400 private jets will arrive at the Scottish port city’s airport during the two-week conference. According to this, up to 13,000 tonnes of carbon dioxide will be emitted, as estimated. US President Joe Biden reached Edinburgh and from there traveled to Glasgow in his limousine.

His eyes closed: Is US President Biden sleeping during the UN climate summit?

During a speech by a disability rights activist, the US President rested his eyes for about 30 seconds. © Reuters

In form of “image” Reportedly, politicians and celebrities are driven to Glasgow in 20 Tesla e-cars to stay at the posh Gleneagles Hotel, less than an hour away. However: as the required e-charging stations are missing, they are charged from diesel generators.

At the climate summit, representatives from 197 countries will discuss further implementation of the Paris Climate Agreement by 12 November. Among other things, it is about the assessment of voluntary national climate goals by 2030, which the states submitted ahead of the conference.