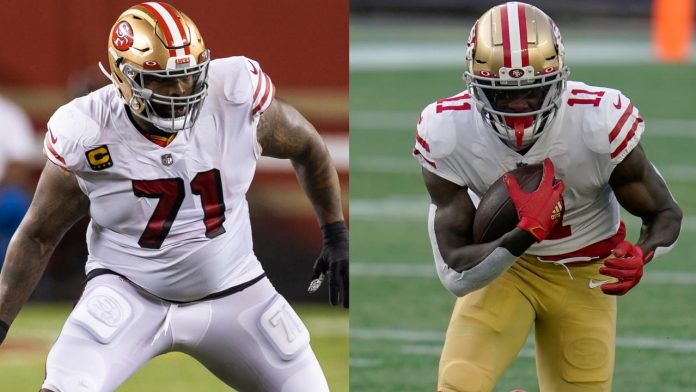 San Francisco 49-year-old wide receivers Brandon Ayuk and Debo Samuel and attacking Nakama Trent Williams are being put on the reserve / covid-19 list and will be out for Thursday night’s game against the Green Bay Packers, which is still scheduled, according to the NFL Network. Reported at night.

Samuel was already ruled out with a hamstring injury on Thursday, but the loss of Ayuk and Williams already expands the list of 49-year-old beginners who will be missing due to injury or now coronavirus protocol.

Players will also be missing due to COVID-19 in San Francisco’s Week 9 opponent, as Green Bay is running back. AJ Dillon There has been a positive test earlier this week and it will not play, or not run Jamal Williams And linebacker Kamal Martin, Who were close contacts.

Ersers players, who have been dealing with spots on injury issues throughout the season, will play on Thursday and for the foreseeable future without starting quarterback Jimmy Garoppolo and star Tate & George Keatle due to injury, so Wednesday’s breaking news is all more trouble for the lower squad.