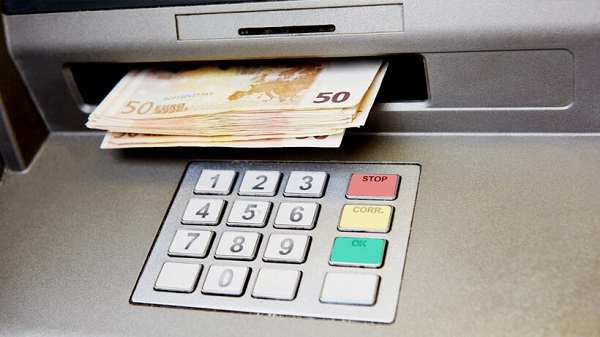 A minor technical problem seriously damaged a bank account in the United Kingdom. A curious episode happened last October 11 in Dundee, Scotland: police were called to disperse a crowd gathered in front of a bank ATM on Charleston Drive to withdraw cash.

On the surface this seemed normal, but it was not. the reason? The machine doubles the requested amount, without deducting any additional amount from the customer’s credit. Word spread quickly and soon a large number of people lined up in front of the defunct counter to take advantage of the situation. As reported by The Courier, which spoke to an eyewitness, the “party” went on for a few hours, until around 4.20 in the afternoon, a passerby reported the fact to the police.

As soon as they arrived at the branch, the agents dispersed the crowd and disabled the malfunctioning ATM. Then, the police force informs the manufacturer of the ATM of the fault, who must identify the cause of the fault and make necessary repairs.

As reported by the Express, the city of Dundee had already been the scene of a similar episode in 2011. In that situation, an operator told customers (again they had withdrawn more money than requested) that they could keep the “extra”. amount’ without any problem. But under Scottish law, it is a criminal offense to withhold money given by mistake.

A case very similar to the incident in Dundi this year happened last June in Nagpur district of India. Here, too, the faulty machine had attracted huge crowds: due to a system glitch, the machine was dispensing five times more than the customers had selected.