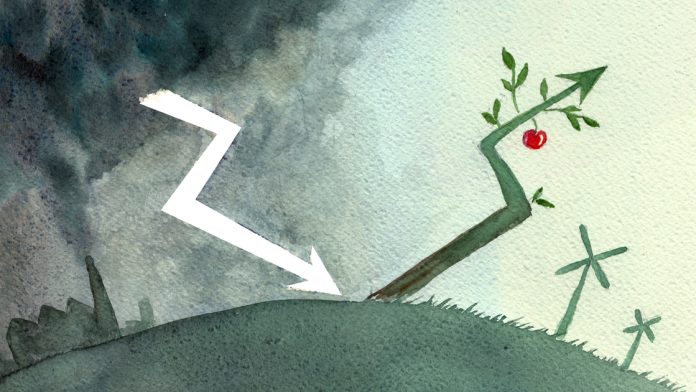 Listen to Episode 14 of the “Back to the Future” Podcast

Ecological economy is, in fact, one of the many names under which groups of people have gradually become aware of the fact that the capitalist economic system adopted by today’s society is doomed to catastrophic failure and if The current trajectory will not be changed anytime soon humanity may find itself sharing a similar fate.

The merits of ecological economics include uncovering, from its earliest formulation, the inherent contradiction in a system that, by promising growth and welfare, has depleted the resources on which our societies are founded at astonishing speed.

One of the leading exponents of the ecological economy, as well as one of the founders of International Society of Ecological Economics (ISEE), is Robert CostanzaProfessor A.T.Global Prosperity Institute of UCL (University College London), who worked hard to show the risks inherent in capitalist and neoliberal economic-political models.

Options exist, we’ve explored many of them within podcasts as well back in the future, Freeing human progress and welfare ‘at all costs’ from economic growth is not only an unattainable utopia, Costanza reminds us: “We can take a cue from the natural world: organisms grow for a certain period of time, after which Growth stops, although organisms continue to grow and improve. So I don’t think it’s unrealistic to talk about degeneration or stasis. The problem is that we fail to understand that this is exactly the path we should follow.

The primary function of the economy should be to increase the well-being of the individual and society, but also of the rest of the natural world, precisely because we are all part of the same interconnected system. This is the main difference between ecological economy, its various branches, and traditional economy: the latter regards the sphere of the human economy as a separate reality, the rest not connected with nature. It reflects the worldview generally shared by our society, which presents Humans on the one hand and nature on the other, a vision that certainly will not help us achieve a state of well-being that is also sustainable. This is why I believe the first objective is to change the way we see the world; And that is exactly what the ecological economy is striving for ».

Although slowly, more slowly – perhaps than necessary – this approach is gaining momentum. Of course, not everyone traces this vision change back to ecological economics – many disciplines and movements operate in this riverbed, from the economy of welfare to the economy of the donut – but the principles that animate this turn are are shared according to Costanza. “Finally we see the initiative emerging as well” in the political sphere: let’s think about it wellbeing economic alliance, born out of the principle that in order to function effectively there must be one, not separate. Within this alliance, an institutional subgroup has arisen: it is called good economy governments (WEGo) and some national governments – among them Scotland, Wales, New Zealand, Iceland and Canada – that have taken the avant-garde decision to attempt to pursue policies aimed at enhancing the collective good, and not only Support on economic development”.

See also  Municipality: Swag, the Mayor of Padua Most Admired and Well-known

On the other hand, ‘grounding’ is the only step that is still missing: «We know the problem, there are many solutions. So I ask myself: why aren’t we making progress, what’s stopping us? I think the problem is that we are accustomed to the current economic system, we have become accustomed to it. If we explain our resistance to change as dependency, we should also try to treat it as such ». And, just as an addict does not benefit from people who simply indicate the presence of the problem, this is not enough for an addicted society, the professor explains.

“The question is: what therapy might be effective in treating this addiction?” Costanza addressed the issue a quantity In which – he says – he tried to take as a model the therapy used to treat addictions on an individual level. “Of the various existing strategies, we have identified one, called ‘motivational interviewing’ (motivational interviewing), which prompts the person being treated to envision their life goals rather than focusing on the difficulties they have to overcome, and to make efforts to achieve those goals are committed.

The commonality with our society is quite clear: we must strive to identify a shared vision of our life goals, how there can be a desirable and sustainable future for humanity.

If this is the goal then where are we?

“I guess I can say that the awareness of relying on the economic perspective of ‘growth at all costs’ is becoming increasingly widespread. However, it is this prospect that is driving us down the abyss: therefore a difficult one to face. And there is the urgent challenge. But I also believe that there is hope, because once the possible alternatives are weighed, people like the idea of ​​the world we propose. First, the objectives to be achieved. But a shared vision must be disseminated in the society, and the way of achieving them will have to be modified and adapted in the course of work according to the contingencies ».

It is a slow process that takes a lot of effort and a lot of time. But do we have all this time?

“I believe – affirms the professor – that this is the way societies have changed over the course of history. Let us take Martin Luther King’s ‘dream’: it was that dream, that phrase. , which gave an incredible driving force to the civil rights movement, one that remained stagnant for so long. In my view, some changes do not happen slowly, but when there is no return: for a long time it seems that nothing And then all of a sudden everything changes. So, giving up and losing hope is the worst we can do: the only way to change things want That they change, and work so that this change is ».

We are experiencing a “perfect storm” – economic and energy crises, pandemics, wars, inflation and climate change – and, often, great crises create rifts in the social fabric. We also live in times of extreme concentration of power, especially in terms of economic power. How can we address these interests and try to make the distribution of power less unequal?

“Sometimes, crises can also be opportunities. In fact, to allow the kinds of changes we’re talking about, sometimes a crisis is needed to shake up the system. One way to address the interests of some may be to cut all public subsidies that promote economic growth. There are other measures that can be taken, but I believe that first of all, implementing these types of policies will require a movement and a common approach, as opposed to target groups that keep us stuck in the direction in which I am going ».