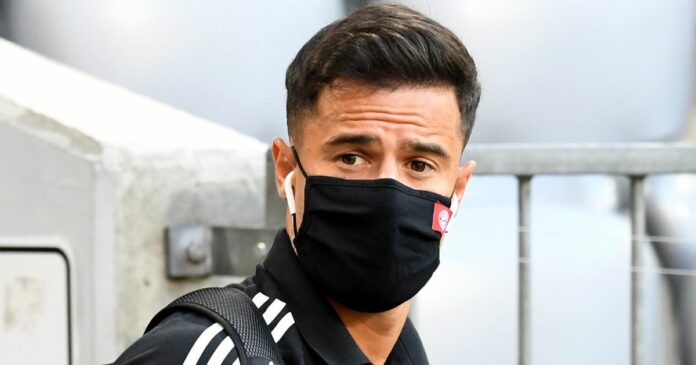 Incoming Barcelona boss Ronald Koeman will have the final say over the immediate future of Philippe Coutinho, according the club’s president.

Josep Maria Bartomeu confirmed that Koeman will soon take over at a press conference on Tuesday, where he faced some difficult questions in the wake of the 8-2 Champions League defeat to Bayern Munich last Friday.

Since that defeat in Lisbon, manager Quique Setien and sporting director Eric Abidal have left the club, while there has been renewed speculation over the future of Lionel Messi.

The on-loan Coutinho made matters worse for his parent club by coming on as a substitute and scoring twice for Bayern in Lisbon, but he will return to Barcelona once his loan spell ends at the conclusion of the German club’s Champions League campaign.

The former Liverpool man has been linked with a host of clubs this summer, including making a return to the Premier League, but Bartomeu says Koeman may want to keep hold of him.

“The head coach will make the decision,” said Bartomeu.

“If he wants him to continue, next year he will play with us.”

The president was pressed on the transfer future of several members of the Barca squad, and named eight players – including Messi – who he says are not for sale.

“Messi is untouchable and non-transferable. He knows it, we all know it,” he said.

Do you think Philippe Coutinho should stay at Barcelona? Have your say below

“But there are various non-transferable players like (Marc Andre) Ter Stegen, (Clement) Lenglet, (Nelson) Semedo, (Frenkie) De Jong, (Antoine) Griezmann, (Ousmane) Dembele… players we are counting on in the future.

“We have had (offers) for Ansu Fati, for example.

“But Barca does not want to sell players, although we receive several offers for players.

“We don’t want to sell him. He has a great future. I’m telling you from here, he’s non-transferable.”