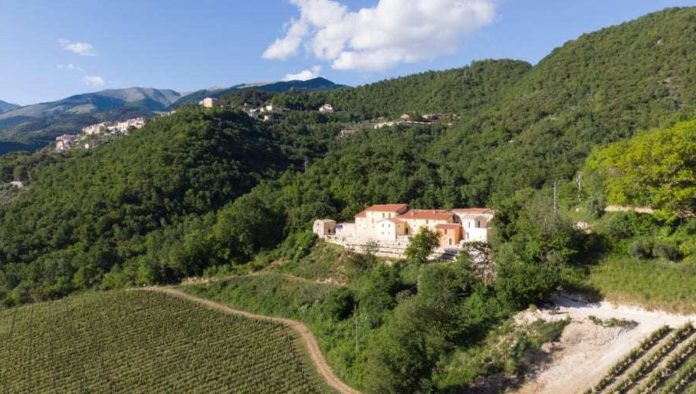 The depopulation of ancient villages, especially if hidden in remote or inaccessible locations, is unfortunately a feature of the Italian hinterland, a phenomenon that has seen wonderful squares deserted and historic businesses closed in recent years but which has also given rise to new forms of economy and tourism with suggestive operations to repopulate the territories based on widespread hospitality and restoration of rural traditions.

An emblematic case is that of the Scottish businessman Cecidio Di Sica, who was born in a fishing village near Edinburgh, Cockenzie, but is strongly linked to our country because of his Cioceanic origins. Not satisfied with buying a single house, Di Scia has actually decided to buy an entire village – now almost deserted – precisely with the aim of bringing it back to life.

Born into a family where all 8 children had an English name, when the mother had to choose his name, she decided to break the rules and call him after his grandfather. A coincidence that probably still protected the deep bond between the Scottish lawyer and Italy, the country of origin of the grandparents, coming from Sciacca, in the municipality of Piccinisco (FR), on the Lazio side of the national park of ‘Abruzzo’ inside.

This is the 1500s village Cecedio and Marietta left a century ago in search of fortune for Scotland and it is in Siaka that, by a twist of fate, this story begins.

The Scottish lawyer’s childhood was indeed marked by many holidays in the land of his grandparents in Italy. Summer after summer the grandchildren were taken to Ciocciaria to discover the family’s origins, one time at a time to save on travel, but Italy was not abandoned, despite modest economic resources.

About fifteen years ago, driven by nostalgia and respect for their origins, Cecidio and his wife decided to buy a house in the historic center of Siaka, renovating a completely ruined building in a short time, turning it into a beautiful Converted to hotel. , even awarded by the Touring Club Italia Stanz d’Italia.

A First Step That Burns Out: Why Not Reinvent the Whole Country? Among other things, the area seemed perfect for the production of wine and therefore had all the conditions to create a thriving economic activity capable of feeding and sustaining itself.

“Nostalgia”, “Sotto le Stelle” and “Matrimonio” are the names of three wines that, recovering ancient local vines, today the Scottish entrepreneur and his wife produce in the region and the Siaka village home-stay, renovation After renovation, bought by them and brought back under the name of Broad Hospitality. Testament to the fact that, when the entrepreneurial spirit meets authentic love for the field, everything is possible.