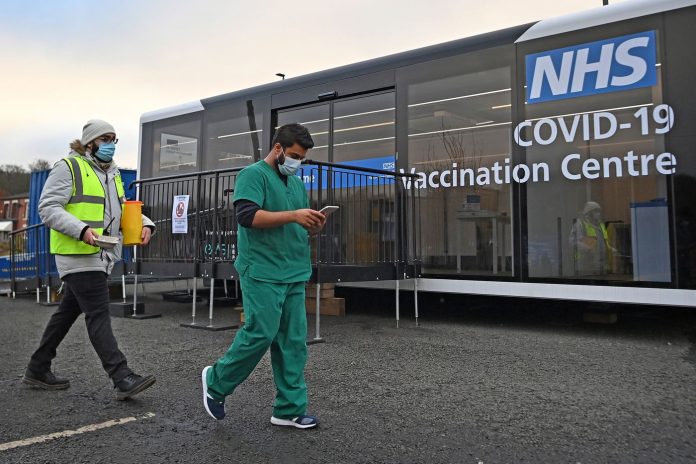 Wearing masks will no longer be mandatory in England from Thursday 27 January. Similarly, teleworking will no longer be officially recommended and health passes will no longer be applied for access to discos and some large gatherings. An end to these measures taken to counter the Omicron variant in the country was announced by British Prime Minister Boris Johnson this Wednesday 19 January.

Fall in cases and flexibility in hospitals

“As COVID becomes endemic, we need to replace legal obligations with advice and recommendations”, the conservative leader in parliament said. He said he did not intend to extend the rules requiring isolation for Covid-19 positive cases that expire on March 24. This date can also be brought forward.

“We don’t legally require people to isolate themselves if they have the flu”, he elaborated. More than 152,000 people have died in the UK from COVID-19 so far. The latest available figures show a nearly 40% drop in the number of new cases per week, while the number of hospitalized patients has stabilized. The number of patients in intensive care also decreased, which remained low during the Omicron wave.

an exemption that is considered freedom

The easing of measures deemed harsh by the Conservative majority comes sooner than expected, with the anti-Covid system being reviewed on 26 January, and in the context of the unprecedented crisis for Boris Johnson embroiled in the Downing Street holiday scandal during the lockdown. ,

In the UK, each nation sets its own health policy. On Tuesday, the Scottish Independence government announced the lifting of most restrictions from next Monday, allowing nightclubs to reopen and removing the three-family limit for indoor gatherings. Telecom is still recommended.

The Welsh government also announced a phased lifting of virus restrictions last week. Wells has reached the peak of the Omicron wave and cases continue to decline.