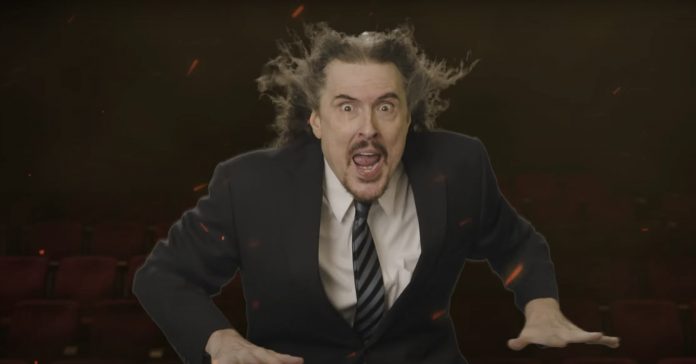 “We’re all doomed.” Yanuk Nakovic on Tuesday night with a video for the song between Donald Trump and JB Biden. Teamed up with the Gregory Brothers for the comedic musical for the song. After the guttural screams to open the clip, the satirical presentation by Yankovich and the Gregory Brothers gave an accurate sum of the general consensus: “We are all dead.

Yankovic heads to Chris Wallace to show the role of mediator in the visual. He reflected on some of the rude responses to the events, before moving on to questions on some of the topics.

Asking the first question, he sings, “2020 is a raging helpscape. “Any ideas on how to stop the global plague?” Yanukovych has also addressed the economy, the Supreme Court and climate change as candidates’ words are self-tuned, lost answers.

Next month, Yankovic’s collaborator John Schwartz will release his new book, Black and white and supernatural: “Strange Al” Yankovich ’83 – Lost photographs of ’86, In which the artist has never seen Yankovic’s video sets and black-and-white images taken in a recording studio during the mainstream. The pair recently shared and discussed 16 photographs from the upcoming book Back stories together A falling stone or a circular stone.