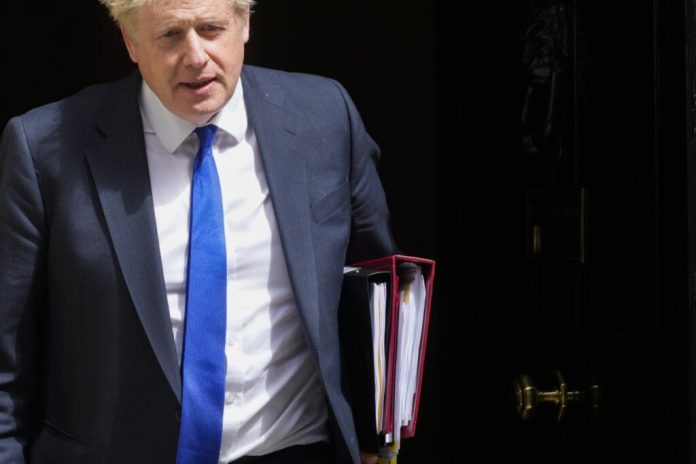 A range of national issues to emerge in the coming weeks mean that Boris Johnson’s final day in office is likely to be anything but peaceful.

As interim prime minister, Johnson will refrain from introducing new policies, leaving important decisions such as tax cuts and spending for his successor.

However, it will continue to follow the policies of the existing government.

Rising inflation and rising cost of living crisis will put pressure on the government, but the country should not expect sweeping reforms to help families in need.

Johnson’s spokesman has already said that the government “will not seek to make major tax changes, nor will it seek to undo a previously agreed upon policy.”

The government is likely to reiterate the messages on its current support package, which also includes paying the cost of living to vulnerable families.

The heat could be severely disrupted by a new round of rail strikes, giving commuters a headache.

The government can once again condemn the action of the trade union and call upon the employees to refrain from strike.

The minister will go ahead with changes to the law that would allow companies to use skilled temporary workers to fill staff shortages during the strike.

Mr Johnson will also have to respond to test results in the summer, which is sure to cause frustration among students and parents across the country.

Grade inflation over the past two years, thanks to the replacement of exams with teacher grades, is set to subside as the Department of Education begins to return to pre-pandemic grading standards.

Ofqual said that “results in the summer of 2022 will be higher than those of the previous summer exams, but lower than in 2021, when grades were given by teacher assessment”.

The last unannounced appearance of Mr Johnson walking the streets of Kyiv with his counterpart Volodymyr Zelensky is not beyond means.

Their first meeting at home was well received, but now it can be seen as an advertising tactic.

It will continue to condemn the Russian invasion of Ukraine and send messages of support. And his successor must continue to provide military and political support to the country.

The final week in Johnson’s office will be dominated by ongoing talks with the European Union over the Northern Ireland Protocol, a Brexit deal on trade deals for the country that the government seeks to override.

On 13 July the phase of the Commission for the Protocol to the Law on Northern Ireland will begin, which will examine the law.

Johnson’s spokesman confirmed that the issue would “definitely fall within the category of continuing the policy of the pre-agreed government”.

Even as his government was crumbling, Johnson found time to decline Nicola Sturgeon’s request to hold another independence referendum.

The Scottish prime minister will continue to debate the issue for another vote, having already said that a change of leader will still mean the Westminster system fails in the best interest of his nation.

After his resignation, Sturgeon said: “I think Scotland needs a permanent alternative to Westminster, which is why the election of independence is so essential.”