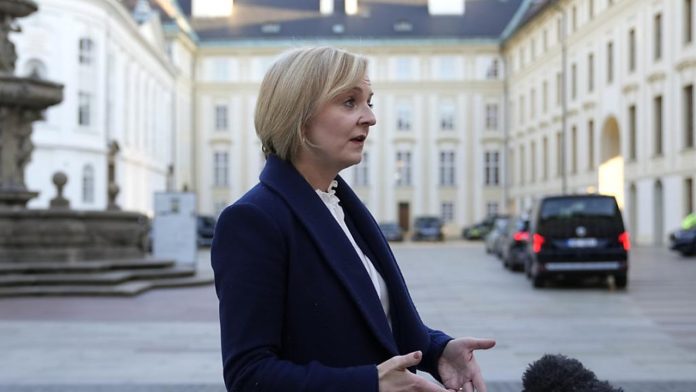 A new front opened for Liz Truss just a month after Boris Johnson was replaced as head of the British Tory government.

After the chaos in the markets caused by the first mini-financial maneuver with deficit tax cuts and the immediate resumption of winds within his own party, the Premier risks escalating conflict with the local governments of the United Kingdom’s three smaller nations – Scotland, Wales and Northern Ireland – which explicitly accuse them of impropriety and lack of modest institutional dialogue.

In Belfast, the National Executive does not actually have a negotiator, due to the post-Brexit standoff between federalists and Republicans, with the same new London minister for Northern Ireland, Chris Heaton-Harris, calling early local elections to resolve the issue. Where there will be no settlement till 28 October. In Edinburgh and Cardiff, local officials led by the SNP’s Scottish independence leader, Nicola Sturgeon and Labor Mark Drakeford, respectively, condemned that they have no longer had any official contact with Boris Johnson’s successor: as would be the practice.

The controversy was particularly raised by Sturgeon in an interview with the BBC at the opening of the annual SNP conference in Aberdeen. “It is absurd and unprecedented that in a month” there has been no institutional dialogue, if not informal exchanges, on the sidelines of Queen Elizabeth’s funeral. “I do not know whether it is arrogance, disrespect for transfer (which governs the powers responsible for England’s sparsely populated countries in the state, ed) or insecurity”, attacked Sturgeon, whose Scottish referendum on The insistence on urging for independence was recently branded by the Truss as irrelevant claims of “attention-seeking”.

“What I do know – he concluded, referring to all previous conservative prime ministers he spoke with – is that David Cameron, Theresa May or Boris Johnson contacted me within hours or days”: Roles According to, beyond any political deviation.