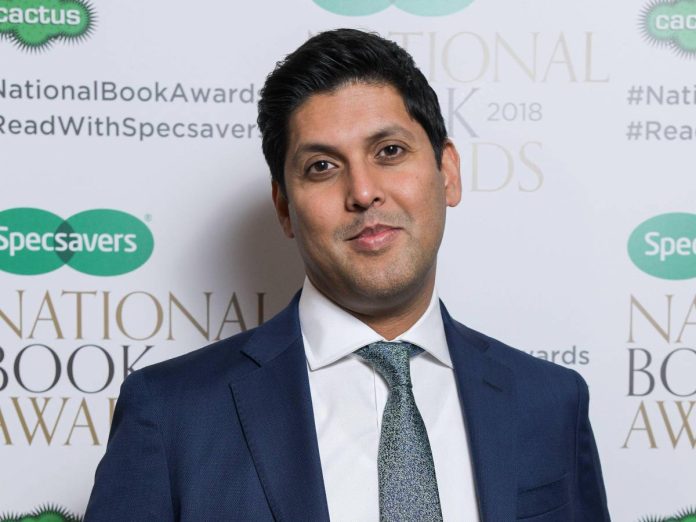 Abir Mukherjee is a noted bestselling author in Great Britain for an award-winning series of detective novels set in colonial India in the 1920s (in Italy it is published by Sem). Of Indian origin, he was a two-time winner of the Cwa Historical Dagger and won the Wilbur Smith Award for Adventure Writing. Growing up in Scotland, he now lives in Surrey with his wife and two children and is a perfect example of the level of integration of the Anglo-Indian community in Britain. We also interviewed him to understand how Rishi Sunak’s arrival as prime minister fits into the event.

Mr. Mukherjee, an Anglo-Indian Premier This is a big political and social change for the UK, isn’t it?

“In terms of social change, this is a milestone that I did not expect to see in my life. It must be said that this is an appointment without a mandate from the electorate, but the fact is that Conservative Party MPs , the centre-right, has chosen an Asian/British as its leader and our prime minister shows how far multiculturalism goes. Come in this village. In a way, this is our Obama moment. Surprisingly, How little publicity has been received about his ethnicity. In terms of political change, I am not sure if this is a revolution. Rishi Sunak is firmly at the center of his right-wing party. He voted for Brexit and another right-wing British Asian, in her choice of Suella Braverman as Interior Minister, she indicated that she intends to take a tougher stand on issues such as immigration and our borders.

There is a generation of British of Indian origin, like you and the Prime Minister, who have risen to very important positions. How did this event originate?

“That’s a good question. I think it depends on many things. It’s partly because of the traditional British values ​​of tolerance. I think British society has always been more open and welcoming than European ones It is certainly not accurate, but it is in many ways more open to people who appear to be different from French or Italian society. Part of this stems from the history of the Empire, with Britain as the homeland of many countries. The first Indian parliamentarian in the House of Commons was elected in 1892, hence a tradition. Also, Britain has never seen itself as ethnically homogeneous. The term British always includes English, Welsh, The Scottish and Northern Irish have been involved … In this context, adding British Asia or the British Caribbean, I think it is less difficult than convincing the French that their immigrant populations have the same nomenclature but distinct; Different but equally French. But then there’s the problem of social class. British Asian community Many groups Composed of: Muslims, usually descendants of immigrants from Pakistan and Bangladesh; Sikhs from Punjab; and Hindus who were descendants of immigrants from India as well as East Africa. This is the third group that the sages Sunak and I belong to, and it could be argued that we have an easier path than the others. Hindus who came to Britain usually came as educated entrepreneurs or professionals. They arrived not by money, but with ability and command of the English language in general. They were middle class in many ways and this allowed them to integrate at a faster pace. Today British Hindus are one of the most successful communities in Britain, better educated and on average wealthier than British white people. And this is the problem at the core of British society: class and social divisions. And it often matters more than skin color or religion. As sons of Indian immigrants, Rishi Sunak and people like me have had better opportunities in this country than black or white children of the working class. And in any case, racism is not completely extinct ».

Can we take this as a sign of successful multiculturalism?

“Let it be so. As I said, it is a reflection of the natural tolerance and restraint of most Britons. It is no coincidence that they have always resisted the call of extremism, be it fascism or communism. Maybe because we drink coffee Let’s drink tea instead! Also, we should not say that the job is done. We are talking about middle class and upper middle class people. Let’s not forget that Rishi Sunak is the richest prime minister in history. He is the first prime minister to be richer than the king!’

You have studied from London School of Economics, Rishi Sunak’s path is also similar. How important are school curricula to create synergy between different cultures?

“One aspect of the British Asian community is the importance that has always been attached to education. Generations of our parents, who came here from all over the world, put their children’s education above all else, often sending their children to private schools. I used to invest what little savings I had in sending. Education is the key to integration because education opens up opportunities. It allows you to break out of the small circle of immigrants you were born into, a larger society In. For people like me, this was the key to opening doors to the world. And yes, schools are where we form our thoughts. No one is born racist. Schools play a huge role in this process. My youngest son is almost eight years old now. I am happy to say that he has never faced racism in his life till now. At his age I could not say that.’

He is certainly not fond of British colonialism in his books written in the early 19th century in Calcutta. How important is that story to a person of Indian origin?

“The era of the British era in Indian history is fundamental to my identity. It has shaped my life. I and people like me are a product of the events and trends of that time. And it is a story that has been around for a very long time in Britain. I’m hidden.”

And in your opinion, how much does it weigh for a person of British descent? A historian like William Dalrymple in Anarchy. The relentless rise of the East India Company comes with this past, but not everyone does…

“It’s advantageous. Britain is arguably the best world manager in its history. It has never had to deal with the consequences of its actions the way the Germans and the Italians and the French probably did, especially since it has spent hundreds of years.” The fact is, most Britons never got to know the truth about the empire, or what the British did to people around the world. It’s important to understand the truth about one’s history, Otherwise we’re bound to make the same mistakes. The good news is that attitudes are changing… The problem is, for many people, their sense of identity is wrapped up in their perception of history.”