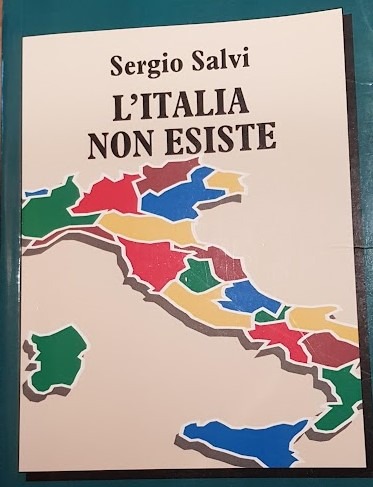 Win of Georgia Meloni The last political elections also marked a marked change in the language of the world of politics, especially on the use of “the word”.Country” Instead “Country” Hatred towards you “State“; a concept formerly used almost exclusively by authority, is now becoming increasingly common: for all lawful, heaven.

but it actually existed and is a Country Call Italy, Should we accept this definition as a dogma of faith?

My question is certainly provocative, because the debate, comparison on these issues and the distinction between the concept of state and nation is almost zero. So let’s try to rationalize the argument.

Aldo Gabrielli in his dictionary defined nation as “a complex of persons having a common origin, often common language, history, religion, customs, whether politically united or not”. And here already the first doubts arise …

Original? I don’t think so. history? Don’t even talk about it, customs the same, language? Here, for some time we have been speaking the same vehicular language, Italian (in any case, I always think in Veneto and almost always, I speak in Veneto).

But even here it suggests that in 1861, when the first census was carried out in the Kingdom of Italy (Veneto had not yet been included), “Italian speakers (that is, those who were able to express themselves in Italian ) excluding Rome and Tuscany, 8 per thousand of population, that is, 160 thousand individuals dispersed in a mass of 20 million inhabitants ”(Tullio di Mauro – Linguistic History of United Italy).

See also  What if Brexit had another explanation, for example imperialist

And this says a lot about the forced process of Italianization, standardization, massization that has been carried out by the unification of Italy, destroying the heritage of languages, customs and traditions that is perhaps unique in Europe.

These considerations lead to a very simple conclusion (very modest and very personal, if you prefer): Italy is not a nation and is instead a supranational state, within which various peoples live (Venetians, Sardinians, Sicilians). , South Tyrolese etc.).

A supranational state such as Great Britain (where we find English, Scots, Welsh, etc.), Spain (where we find Catalans, Basques, Galicians, etc.): and what comes out of the Spanish constitution which in its preamble has a commitment to “human rights, To protect all Spaniards and the people of Spain in the practice of their cultures and traditions, languages ​​and institutions” and in the arts. 2 “recognizes and guarantees the right to autonomy of nationalities and regions that make up them and to solidarity among all of them” (I underline, we are talking about peoples, languages, nationalities).

It should also not be forgotten how with the fall of the Berlin Wall, another wall of Jacobin origin, the concept of the “nation-state” gradually collapsed.

A similar concept on which, especially in Italy, there was a desire on the part of the dominant culture not to leave the equation.

A concept, that of the nation, which found its most difficult and most systematic implementation, especially in the fascist period, was summarized with “one people, one language, one history, one flag”: a motto that half century later it was created by leftist culture with the birth of “left nationalism”, which we happily could not do without.

It is time to overcome this historical antithesis by replacing it with “more people, more languages, more flags, more identities within the Italian state”.

It is time to realize that the wheel of history is moving towards the recognition of “European historical nations” such as the people of the Veneto, just imagine what is happening in many parts of Europe, from Scotland to Catalunya, from Corsica to Wales. ,

And Veneto’s autonomy, which everyone assures us will ultimately succeed, must also include recognition of our cultural, historical and linguistic peculiarities.