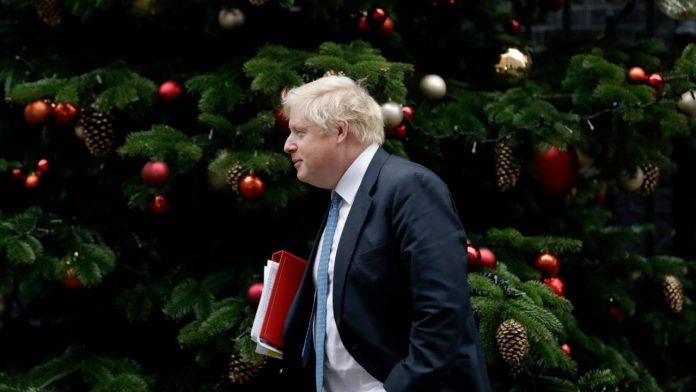 “With a heavy heart, I must declare that we do not have the Christmas we had planned.” British Prime Minister Boris Johnson announced new sanctions in the United Kingdom, stating that following the information on a new version of the coronovirus: it is confirmed that London and the South-East of England will go into lockdown tomorrow, Sunday.

«The virus is spreading rapidly due to a new version, there is no evidence of growth but it is spreading rapidly. “That’s all we know, but we need to act now,” Johnson said at a press conference. “Nothing at the moment indicates that the vaccine will be less effective,” he said.

Johnson announced that London, starting tomorrow morning, will enter the so-called ‘Tier 4’ in the South East and East of England, the highest level of alert that provides the toughest restrictions to combat the circulation of coronoviruses.

Measures equal to those introduced in England in November and which will remain in force for two weeks with the expected review on 30 December. You will have to stay indoors and non-essential businesses will remain closed. Everyone is welcome to work from home wherever possible.

Everything stopped in scotland and wales too

Coronovirus measures which were introduced for the holiday period, excluding the Christmas holiday, were also repealed in Scotland.

This was announced at a press conference by Scottish Prime Minister Nicola Sturgeon, triggering a new lockdown beginning on 26 December and a travel ban in the rest of the United Kingdom. Wales’ territory is also in lockdown starting at midnight today.

Denmark will pay for climate damage to developing countries

An English parade in the center of Bari: a surprise for the language school’s 50th anniversary

Kindness to another begins with personal inner life