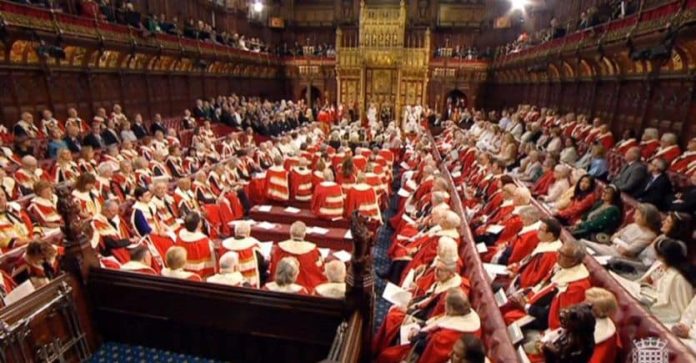 LONDON – Westminster could see a revolution if the Labor Party wins the next election, the polls suggest. Leader of the Opposition Keir Starmer has presented a radical reform plan that provides for the abolition of the House of Lords and the transfer of powers from the central administration to the regions and cities.

The project for “a new Britain” would free the country from the tyranny of London, Starmer promised, while also abolishing the “indefinite House of Lords as soon as possible”. The upper house, according to the Labor proposal, should be replaced by a democratically elected assembly that represents all regions of the country.

Creation of the House of Lords

The peerages of the realm are partly hereditary (91), appointed mainly by the Premier for life, and include the 26 Anglican bishops. Controversy over the House of Lords has intensified over the past few years of Conservative government, as various prime ministers, from David Cameron to Boris Johnson, have used their right to appoint “peers” to reward party allies and supporters. . The result is that there are now about 800 Lords, far more than the 650 MPs in Parliament at Westminster, an anomaly of bicameral systems in the world.

Much of the Labor reform plan is about making political decisions from Westminster to the regions. Former Prime Minister Gordon Brown, the author of the project, said it would be “the biggest transfer of power ever seen in the United Kingdom”, reducing the role of ministers and instead giving a key role to elected mayors.

See also  From Bridgerton to other examples of inclusivity

The government in Edinburgh would be able to negotiate international treaties on matters affecting Scotland. For Brown, who is Scottish, granting greater autonomy to Scotland and Wales is also a way of curbing the pro-independence impulses that are growing in both countries.