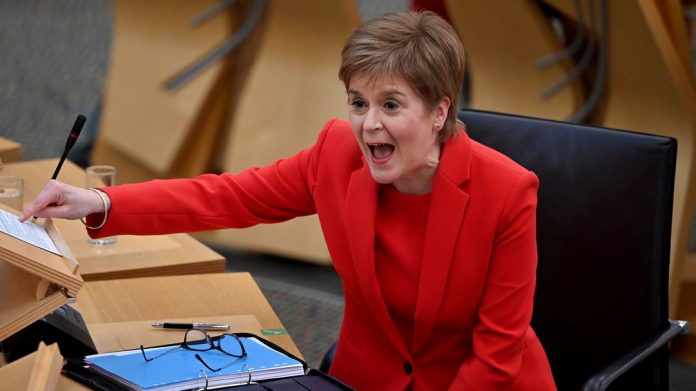 Edinburgh Scotland’s Prime Minister Nicola Sturgeon has called for parliament to reject the Brexit trade deal in principle. The MEP should “vote against the rotten Brexit that Scotland has all but rejected,” Sturgeon said in Edinburgh on Wednesday. The Brexit trade agreement that British Prime Minister Boris Johnson agreed with the EU Commission was of no benefit, only mass loss. The Scottish Parliament introduced ratification legislation at the same time as the British House of Commons in London-Westminster.

“The law will be passed no matter how Scottish MPs vote because that’s what Westminster decided to establish,” Sturgeon said. The voice of Scotland has been ignored at all times. The vote in Edinburgh has no effect on the adoption of the law, it has been decided by the British Parliament alone.

The people of Scotland voted to remain in the European Union in the 2016 Brexit referendum. Nationwide, however, there was a narrow majority in favor of leaving. Sturgeon is striving for independence from the larger Britain, with majority in elections supporting secession – Brexit is one of the main reasons.