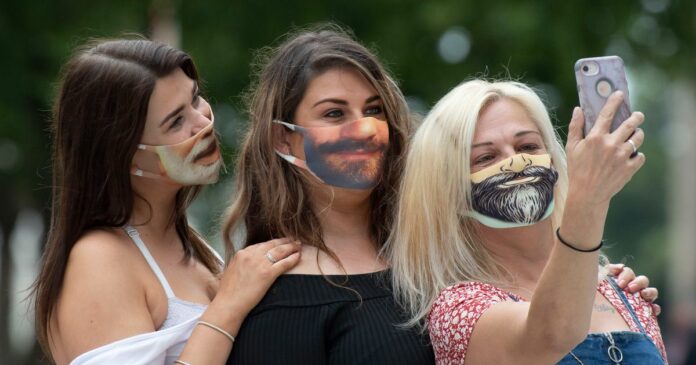 Local lockdown restrictions have been lifted in parts of Greater Manchester, Lancashire and West Yorkshire after coronavirus cases decreased, the Government has confirmed.

It means from Wednesday two households can mix again in some areas, including Bolton, Stockport, Trafford, Hyndburn, and Burnley.

But while there have been improvements in Leicester, it will remain under some restrictions as the number of cases is still high.

And Stoke-on-Trent was added to the watch list as an ‘area of concern’ for the first time.

The lifting of restrictions will mean households can meet up for the first time since 30 July.

Businesses which were allowed to open in the rest of the country from 15 August, including bowling alleys and soft play centres, will also be allowed to reopen.

The full list of places where restrictions will be lifted from Wednesday is:

Health Secretary Matt Hancock said: “We brought in measures to protect people in these parts of Northern England, and I want to thank residents who have worked so hard to get on top of this virus.

“We’re seeing the positive results of our local approach, and are able to bring in increasingly targeted measures.

“It is vital we can maintain this good progress. I have every faith people across the county, especially in areas where we are seeing higher numbers of cases, will continue to play their part by following local rules, and self-isolating and requesting a free test as soon as they get any symptoms.”

As an ‘area of concern’, Stoke-on-Trent could see targeted measures such as increased testing in care homes, more research and an advertising push on public health advice.

Sandwell and Swindon have moved up the ‘watch list’ and become ‘areas of enhanced support’ – meaning they get increased support from national government.

The areas brought out of ‘lockdown’ are also placed in this group.

Following a drop in cases, Luton has been moved down from an ‘area of enhanced support’ to an ‘area of concern’.